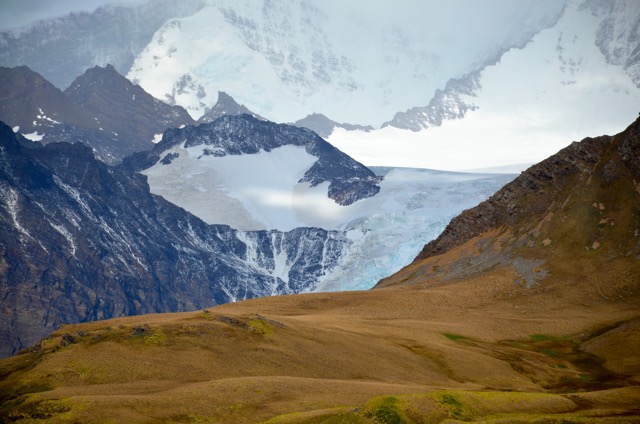 Even though we spent today being tourists and taking the boys to the top of Table Mountain via cable car (recommended!), I am going to continue this photographic recap of our time in South Georgia.

Our visit there is beginning to seem like part a different lifetime, though it's still less than a month since we sailed away from the place.

(Today some very nice Australian yachties warned me that South Africa would be getting awfully cold if we stayed for three months.  I think that I managed to corral my laughter into a socially acceptable grin.)

The "Happy Middle" would be the middle part of South Georgia - Grytviken, where we cleared in, and perhaps one or two other anchorages if I get to them in this post.

Grytviken is the oldest whaling station on the island.  It shares a bay with King Edmund Point, long the administrative center for the island.  All the rusty debris that you see in the picture above is what's left over after the station, abandoned in the 60s (no more whales), was cleaned up and made safe.  The old church has been refurbished, and there is an extremely good museum as well.

The boys declared Grytviken to be their favorite town in the entire world.  There was endless debris to play on in the ruins of the station.  I think we were supposed to keep them from climbing around inside the old whale cookers, but we know enough to pick our battles, and this appeared to be a time when it was best to let them run a bit wild.  There were only a handful of builders and museum workers around most of the time that we were there, and those folks seemed to be pretty happy to see some kids, based on the amount of chocolate and chips that showered upon the boys.

Old junk to play on all day and candy.  Like I say, their ideal "town". 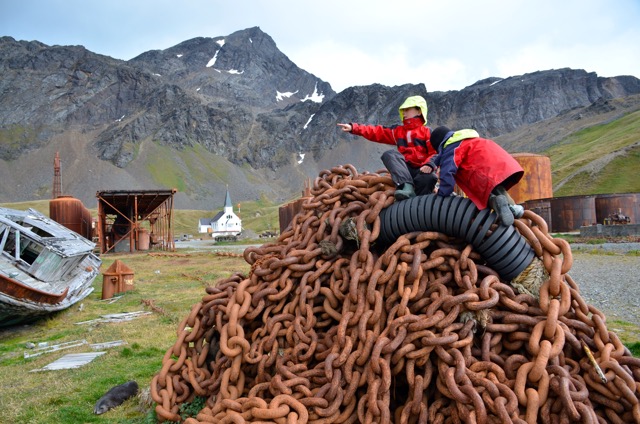 We liked Grytviken very much too.  On our first full day there, we were touring the museum at ten in the morning when an old South Georgia hand who has something to do with running the place announced that the three staff were about to have tea, and would we like to join them in the staff room?  That felt very much in the spirit of high latitude places that haven't gone to the double damnation of bureaucracy and commerce.

So it was great to chat with some of the people there, and have them over to the boat, and we got to catch up on the sailing news with the three other yachts that were at the dock when we arrived.  The Southern Ocean sailing world is pretty tight-knit.

We only stayed at Grytviken for one full day on that first visit.  The weather was getting good and we were double-damned if we were going to waste it tied to the dock.

We sailed to Cobbler's Cove, just a few miles from Grytviken, but blessed with the bracing airs of solitude.


The big draw of Cobbler's from the perspective of the Galactics was access to a macaroni penguin colony the next bay over.  We hadn't yet seen these largest of the crested penguins.

The rulebook that the authorities give you in Grytviken has a set of waypoints for getting over the hill to the colony.  Luckily we overlooked the existence of these and so got to try a hopeless shortcut on the way back that nearly saw us benighted.

You can't have an adventure like that if you're following waypoints from a book. 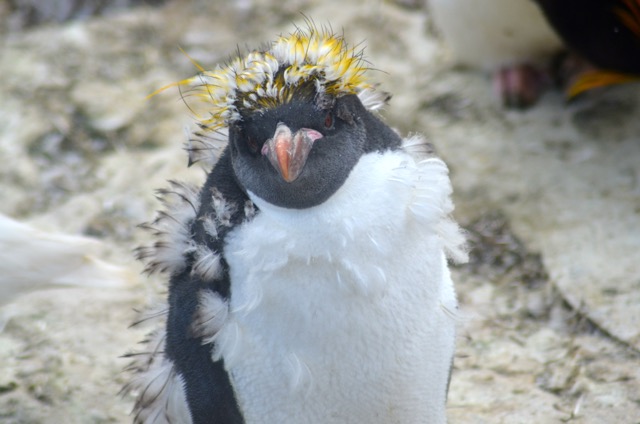 To skip ahead a bit, we returned to Grytviken at the end of our trip to water up for the passage to South Africa. 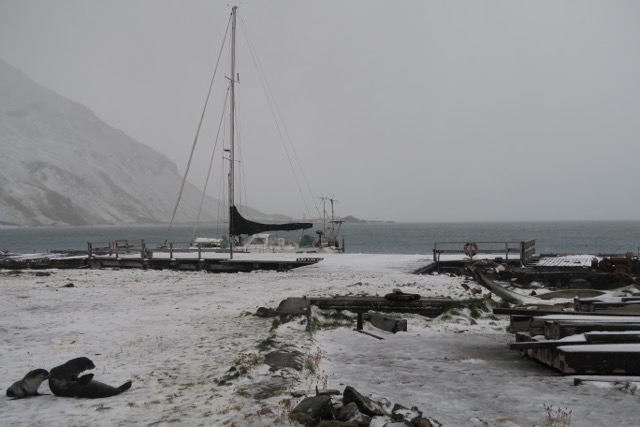 Some days we were starting to feel like the last yacht of the season...
Posted by Mike