Books for the Pacific

OK, heads up - I think this suff is important!  Just moving your body from one place to another is not 'travel'.  Traveling well requires an active engagement with a strange place (and the even stranger people who live there).  Having read a bit about the place you are visiting gives you a huge leg up in your ability to do that, in terms of context and appreciation and just having the slightest idea of what's going on.

Plus, reading is a more dignified way to spend your night watch than staring at videos on your laptop like some monkey in a lab.

Alisa and I made a point of seeking out books about the Pacific for both of our crossings, so, with that as a preamble, and another South Pacific cyclone-free season coming up, here are some of our recommends:

Fatu Hiva, by Thor Heyerdahl.  A sympathetic account of a very out-there adventure by Thor and Liv.  And a portrait of Marquesas society before the post-contact apocalypse had yet played out.  Marvel at how different the archipelago was in your grandparents' lifetime.  Very highly recommended for anyone sailing to the Marquesas.  (Oh, and Miles - I think you still have our copy!  Are you holding it as hostage to ensure our eventual return to Iluka?)

Kon-Tiki: Across the Pacific in a Raft, by Thor Heyerdahl.  One of the best-known adventure stories of the 20th century, and a wonderful portrait of the Eastern Tropical Pacific and Tuamotus in the 1940s.  Heyerdahl comes from a tradition that held that a man of ideas could also be a man of action.  The book is dated by the ideas motivating the trip, which are now discredited.  Heyerdahl had the cultural and biological evidence about linkages between Polynesia and and the Americas right, but he had the direction of travel wrong.  The current understanding is that Polynesians originated in southeast China and eventually reached the Americas, rather than arising in the Americas as Thor Heyerdahl hypothesized.  That's the danger in advancing new ideas - you can be wrong!  But the book is still a fantastic read.

Typee, by Herman Melville.  Two 19th-sailors jump ship and live among the people of Nuku Hiva.  Melville actually did spend time in Nuku Hiva, but this is a novel, not an attempt at accurate ethnography.  Invaluable as an account of early-contact Marquesans through the eyes of a particularly perceptive member of New England whaling society.  And won't you be glad you read it when you are welcomed by the inhabitants of Tai Pi Vi yourself (below). 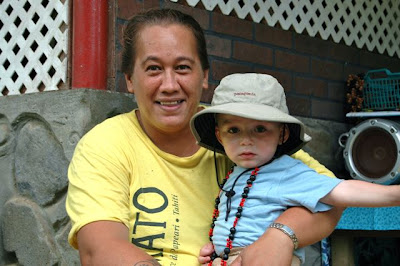 Letters, Paul Gauguin.  Alisa bought this one at City Lights in San Francisco.  Not sure if it was Gauguin's Letters from the South Seas or Paul Gauguin: Letters to His Wife and Friends.  I never read it,  but it rocked her world - intimate background on the one of the greatest Western interpreters of Polynesia, and she highly recommends it for anyone visiting the Marquesas.

An Island to Oneself, Tom Neale.  Read this book and marvel at how the Pacific has changed since the 1950s.  Mandatory before you go to Suwarrow.

An Account of the Natives of the Tonga Islands in the South Pacific Ocean, by William Mariner.  This book was easily obtained in Neiafu, so don't sweat it if you can't buy it beforehand.  Mariner was a teenage clerk aboard the British privateer Port au Prince, which visited Tonga in 1806.  Most of the ship's company was massacred, but Mariner was spared, eventually adopted by a hao (king) and spent the next four years living in Tonga.  Fascinating account of pre-Christian Tonga - imagine my delight at reading about matapules in Mariner's book, and then meeting contemporary matapules at the coronation celebrations for King Siaosi Tupou V (below). 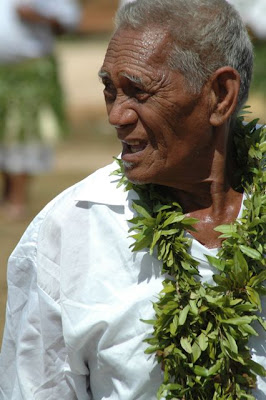 Cook: The Extraordinary Voyages of Captain James Cook, by Nicholas Thomas.  There's no point in sailing the Pacific if you don't have at least a basic understanding of what Cook accomplished.  There are heaps of Cook biographies out there; I found this one to be good.

Mutiny on the Bounty, by Charles Nordhoff and James Norman Hall.  One of the great stories of seafaring in the Pacific.

Islands and Beaches.  Discourse on a Silent Land: Marquesas, 1774-1880, by Greg Dening.  A German yachtie lent this book to me just a few days before we left La Paz on our first crossing.  In the madness of the pre-departure rush, I got to read less than half.  But what I did read was fascinating.  This must be the most authoritative English-language book on immediate post-contact Marquesan culture.  I just had a look and saw five used copies for sale online - at prices between 300 and 1,000 USD!  If you buy a copy, maybe I can borrow it.