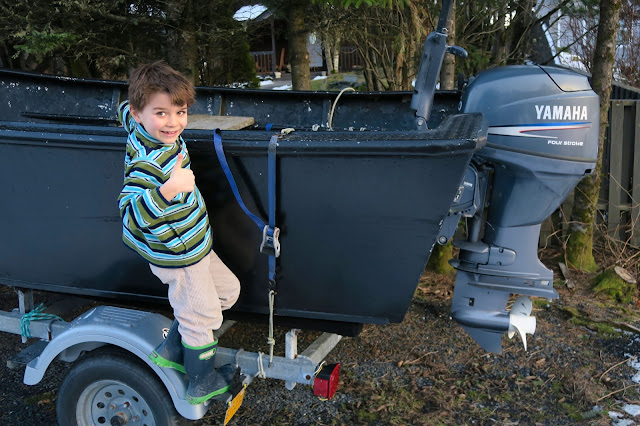 Unexpected invitations to own a skiff are dancing lessons from the Alaskan coastal gods.

Our neighbors down the street are moving to Anchorage. Alisa and the boys stopped by one day after school to ask if they might be selling their gillnet.

Turns out they were selling a net. And a boat. And two Dungeness crab pots.

In short order the boat was parked in front of our house, and the net and pots were in our garage. 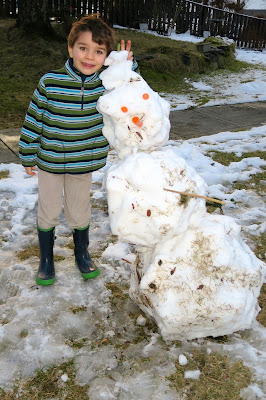 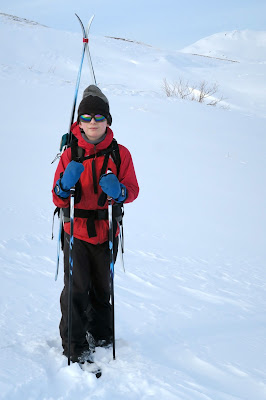 This continues to be a veeerrry warm winter in Kodiak. Snow at sea level has been a more or less complete wipe out.

Still, we have managed to sniff out a few low-altitude ski outings for ourselves. The boys had a four-day school weekend this week, and the whole family managed to get out for cross-country jaunts on both Friday and Sunday. The snow was just good enough on both days, but still good enough to be lots of fun, if you follow me.

It's been so much fun to see how quickly the boys have figured out the basics of skiing. This is a totally informal, grass-roots kind of skiing that we have introduced them to this winter, and they have both seen the joy immediately. Any offer to go skiing by us is met by unanimous acclaim on the part of the fo'c'sle hands.

Elias and I have also continued our occasional efforts to walk up Cope Mountain to get to more or less decent Alaskan winter conditions. 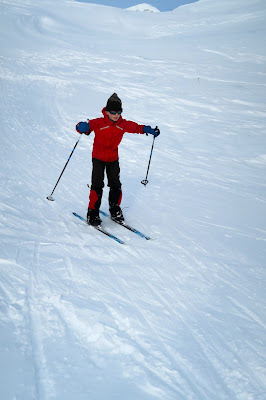 This trek is still too much for Eric. It was about all that Elias could do this weekend to make it up the hill with the unaccustomed weight of a pack and skis on his back.

But he is keen to try again soon, with the addition of a sleeping bag and snow shovel in his pack, so that we can spend the night in a snow cave up on top of the hill.

As soon as we get a few details of our kit worked out, and the luxury of a couple good weather days more or less over a weekend, I think we'll be giving it a try. 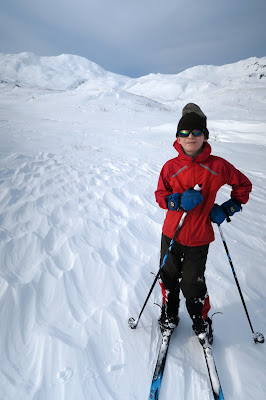 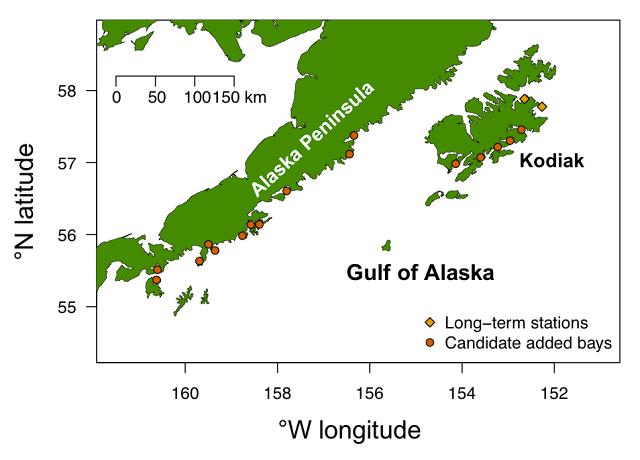 Well, many a slip 'twixt cup and lip, and we really believe in research funding once the money has been conveyed. But with those somewhat superstitious nods to false hope in place, it appears that we have been funded to conduct some start-up juvenile Pacific cod research over this coming year, including a summer survey of Kodiak and the Alaska Peninsula (above).

We're very excited at the prospect of doing marine biology from Galactic, and I'm particularly excited that the work will hopefully provide better information for assessing the strength of incoming cohorts to the population, which should be a real help for managers and the fishing industry as they try to figure out what's going on. 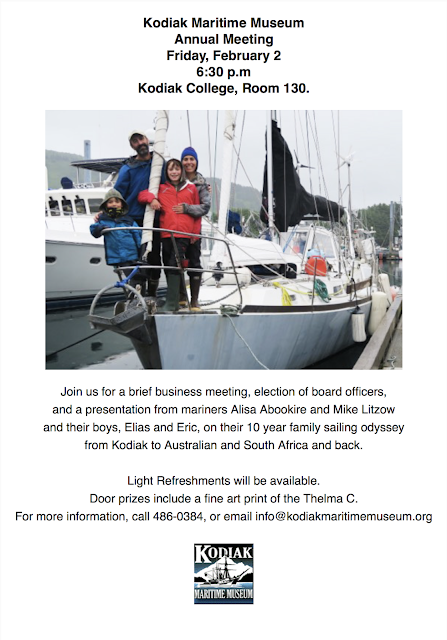 Join us!
Posted by Mike No comments:

What's In a Name?

We are officially done with boat swaps. We've done it once, with an infant and a four-year-old, and we're not doing it again. Galactic is a fine boat for us, able to do most anything we'd care to do under sail.

But...maybe there's always a future boat in a sailor's imagination. Some idealized craft that can take you from the careworn reality of actual ownership of an actual boat. Or (forbid!), some daydream to assuage a sailor who has found himself on the beach, without a vessel to call his own.

When Alisa and I daydream about a boat, it's something a bit smaller than Galactic that might carry us away from land life after our two cabin boys are launched on their own life voyages and are no longer following us to every port.

We don't get into the details of what another boat might look like. As I noted, we're very happy with Galactic.

The kind of idle daydreaming we do occasionally indulge in is to think of possible names for a future boat. Naming a boat is a serious undertaking when you are confronted with a blank space on the hull, waiting to be emblazoned with your choice moniker. But it's harmless fun when you're just playing what-if.

To whit, here are our leading choices for that boat-to-be-someday:

Small Axe - You know, as in the Bob Marley song. This one goes with the idealized smallish unpainted aluminum French cruising boat that A. and I see ourselves in as we while away our golden years.

Tall Cotton - I had a rock climbing partner from the American South who used to shout up at me when I was on lead, "Just make that one more move, Mike, and you'll be in tall cotton!". Always seemed like a perfect name for a sailboat to me. You know, the image of towering white sails, billowing over the water and all. Alisa has never been convinced.

Ramble - This one is a recent favorite of mine. Reminds me of Bill Tilman's famous Mischief. Nice play-in with Alisa's nickname from decades ago, the Arab Rose, and her time, also decades ago, as a Deadhead. You know, "Ramblin' Rose"? I guess dubious hippy music plays into our choices.

Titanic - My absolute favorite. Reason 1, we would be guaranteed to be the only Titanic in the world. And reason 2, it would be an absolute declaration of liberation from maritime superstition. Poor Alisa - she's pretty sure I'm joking about this one, but can't quite be sure. After all these years together, she still can't tell.
Posted by Mike No comments: