Our first boat was a 25' lake sailor that we named Little Auk.  We sailed that boat far and wide around Kodiak.

Our next boat was the 37' Pelagic, which we sailed from Alaska to Australia.

When we had our second child in Hobart, we decided it was time for a new boat.  More than anything else, I wanted a boat with doors.  Pelagic was open-plan down below, and as we lurched through the temper-tantrum years of early childhood, I longed for a cabin with a door for Alisa and me, and a second cabin with a door for the boys.

We ended up finding this new ride in California.  We named her Galactic, reasoning that if Pelagic meant "of the open sea", Galactic would take things a step further, that our new vessel would be of the open starways.  Or something like that.  Mostly it was just an inside joke between Alisa and me that wouldn't stop.  It doesn't have anything to do with the band Galactic, though we listen to them a lot.

We like the idea that she may be the only Galactic on the seven seas.  At the very least, she is the only federally-documented US-flagged vessel by that name. 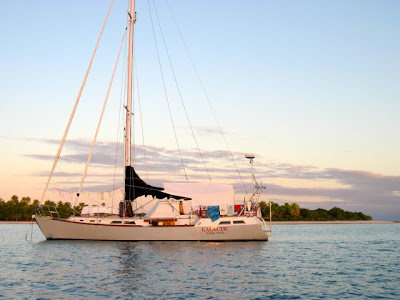 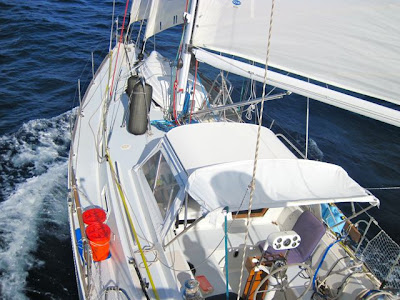 She is nearly a one-off.  Only two of this design were made.  And yes, those orange buckets on the rail are for soaking diapers. 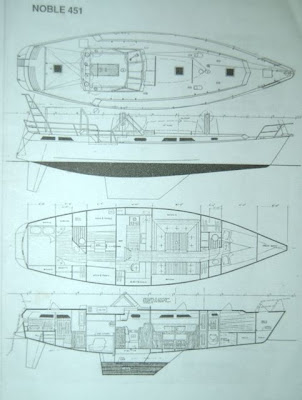 There are certainly a lot of things we don't know about the history of the boat, but this is what we have pieced together:  The hull was built in 1989, but never finished by the first owner.  The second set of owners bought her in 2003, finished the interior, launched her in 2005 and sailed to Mexico.  The next owner bought her in Mexico and got her back to California, where she suffered a fairly catastrophic fire at the dock. 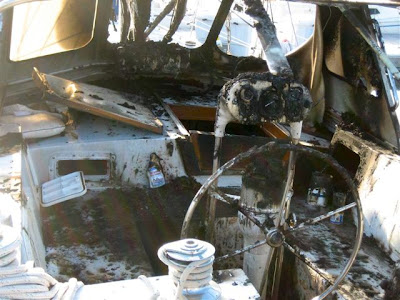 An enterprising Kiwi bought her in this state, re-rigged her, and sold her to us.  We bought her in Sausalito, California in January of 2011.
Galactic has a center cockpit, fin keel and skeg-hung rudder. 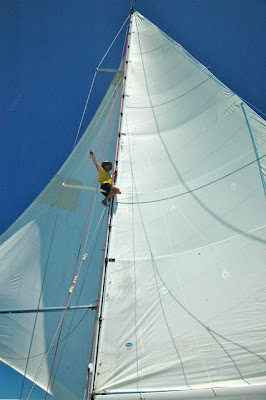 She seems to be doing us right.