We left our hometown of Kodiak, Alaska on board Pelagic on June 23, 2007.  After sailing down the west coast of North America to La Paz, Baja California, we set out across the Pacific and reached Australia on October 22, 2008.  During the next year we sailed up and down the east coast of Australia between Townsville and Hobart.
We arrived in Hobart in January 2010, just in time for Alisa's first prenatal appointment at the Royal Hobart Hospital - she was seven and a half months pregnant with Eric.
In Hobart we sold Pelagic.  For a year we searched for the next boat and stayed busy with the addition to the family.  After a long, fruitless search for a boat in Australia that we liked and could afford, we ended up buying Galactic in Sausalito, California in January 2011.  We worked frantically on the new ride for three months and then set off across the Pacific again in May, leaving from San Diego and again ending up in Australia.  From our landfall in southern Queensland we once again made our way down to Hobart.
This time our deadline was Elias' first day in school.
And Hobart is where we plan on spending this Austral winter before moving on to New Zealand.
In these maps our travels on Pelagic are in green, and those on Galactic are in red. 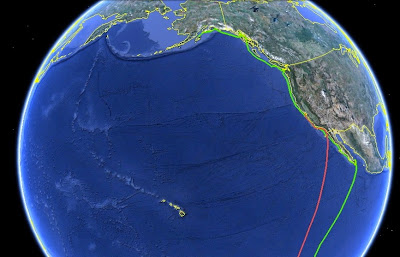 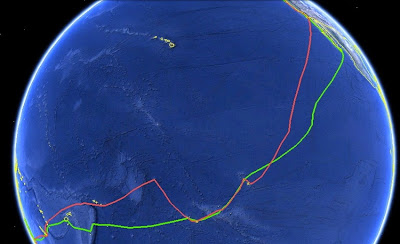 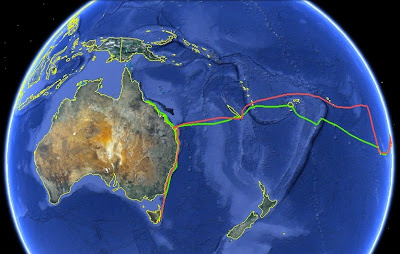