It's not completely finished, as Alisa is still helping me proof the last eighty pages or so.  But today I finished all of the substantive edits to the first draft of the book manuscript, which means I now have a completed second draft.

Anyone know a publisher? 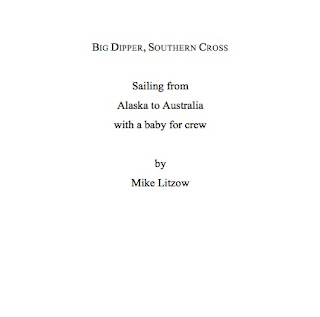 Quick, those of you in North America - who's the prime minister of Australia?

Really, someone outside of Australia should know...

Anyway, the answer is Julia Gillard, who is Australia's first female prime minister.  She's also in danger of becoming something of a historical footnote, since she's only been in office since June 24th of this year, and an election was held today that apparently has an even chance of ending her time in office at a smidge past two months.

Turns out these things can happen in a parliamentary system - who knew?

And I voted today - my first participation in an Australian election.  Good fun.  And a good idea, too, since voting is apparently mandatory here, and you can be fined for failing to cast a ballot.  I'm happy to report that while politics here appear to be about as unsavory as you might expect, they're nothing like as messed up as U.S. politics.  No one publicly calls for the center-left candidate to be assassinated.  How civilized.  And, added bonus, there's a quite strong Australian Greens party that you get to vote for...
Posted by MikeAlisaEliasEric 1 comment:

Email ThisBlogThis!Share to TwitterShare to FacebookShare to Pinterest
Labels: Australia

Well, our dreamy four-and-a-half month housesit is over.  Here's Alisa over the weekend, in the midst of the final clean-up. 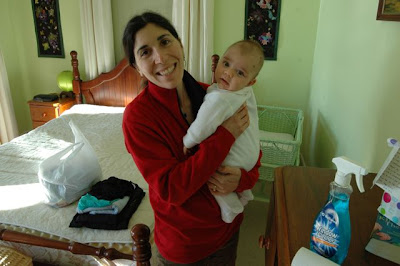 We're now in our third Tasmanian housesit, a two-bedroom flat in West Hobart that a friend of a friend very kindly made available to us while she was away.

We continue to believe that we'll be living on our next boat before we know it.  But meanwhile, this bouncing around between housesits is what we're doing.  I don't particularly love the feeling of being a 42 year old serial housesitter,  dragging the kids and our stuff from place to place like this.  But then we're also not prepared to sign a lease on a place and settle into Hobart for six months.

Luckily Elias seems completely unfazed by all this moving around.  And Eric of course has no idea what's going on.  And Alisa, let me say, is a complete champ about it all.  Few moms with a three month old and a four year old could handle moving around like this so gracefully.

I think it's a sign of how strongly she's committed to continuing the sailing dream, and the inconvenience that she's willing to put up with to make it happen.

Either that...or maybe I'm such a wonderful husband that she's willing to put up with the occasional bout of homelessness just to be with me?
Posted by MikeAlisaEliasEric 1 comment:

Hard to believe we would ever arrive at this milestone, but I suppose that milestones in boat ownership are a lot like milestones in life, in that they have a way of arriving, will you or no.  Which is to say that we have stuck to our decision that a growing family and (inshallah) years still to cruise mean that we would like a (slightly) bigger boat.  Pelagic is for sale in Hobart, Tasmania, listed here. 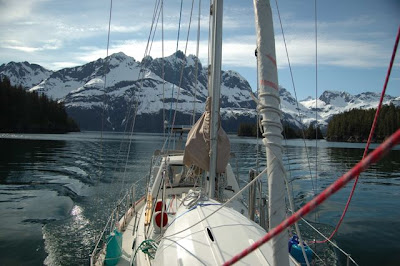 Well, it was a bit of an anti-climax when it finally happened.  I went down to the customs broker's office yesterday, paid him quite a lot of money, and received a little pile of paperwork in return.  And, voilà, Pelagic is imported into Australia, able to stay as long as she pleases, and legal to advertise for sale.

I wonder if she can go on the dole, too?

The whole process took just two days less than seven months.  It's all in the past, now, except for a snarky bill or two that I'm sure we'll get from the first customs broker, who was unable to complete the job in the five months that he was on it.

Meanwhile, the boat is in great nick as I've had heaps of time to get her up to snuff.

In that regard, I'd like to make a particular mention of the contribution made by my dad, who spent a good bit of time helping me on the boat when my folks were visiting a couple months ago - in this picture he's topping up the batteries.  Dad also helped me work on the boat when we first bought Pelagic, and he's been a big supporter of the dream all along. 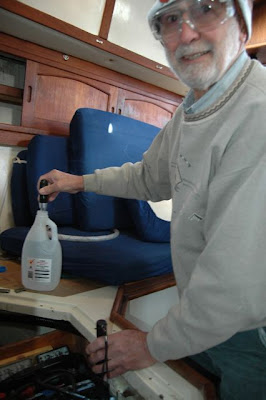 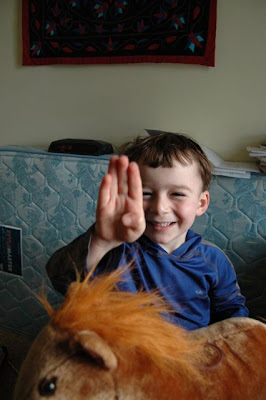 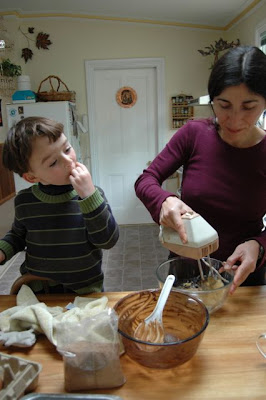 There was some frosting-induced euphoria. 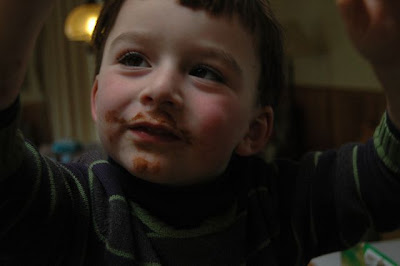 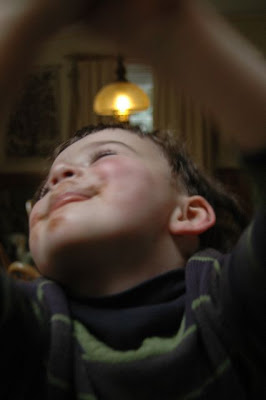 This morning they decorated the cake.  Elias had picked this cake out of a book that's here in the housesit. 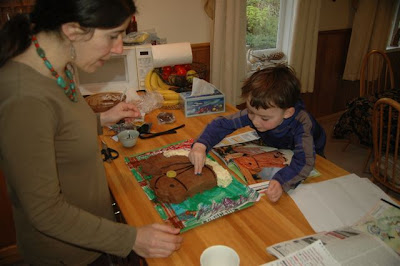 He was well pleased with how it turned out.  (It's a horse.) 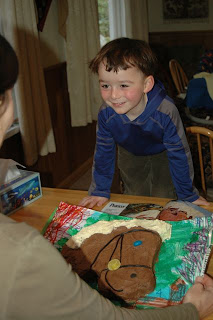 Then we went to the playground.  Elias and his mates had a play, I grilled some snags on the barbie, and then we all ate the cake. 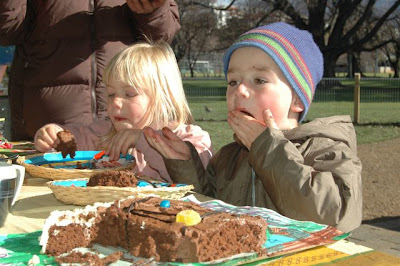 Then we went to the aquatic center.  Elias was over the moon. 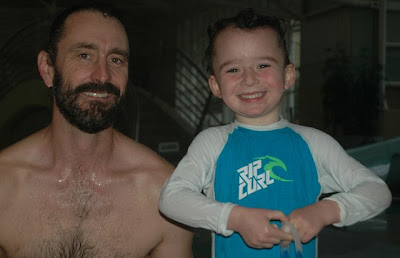 We wore out the water slide. 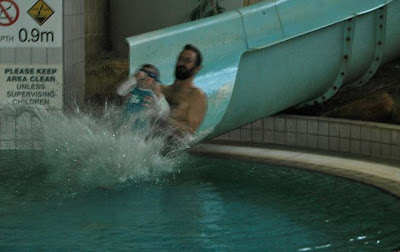 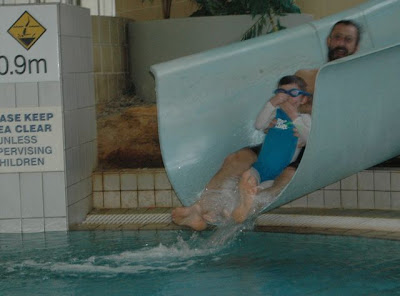 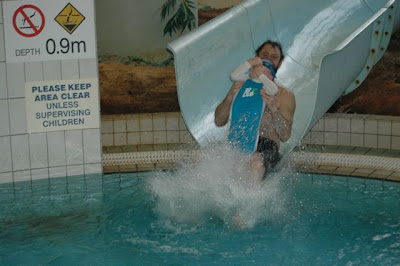 I love the way he goes in with one hand pinching his nose and the other hand over his mouth.
Elias is really comfortable swimming under water - he might even be snorkelling the next time we're in the tropics. 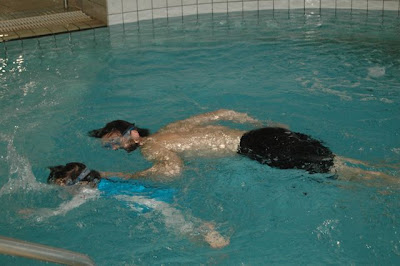 And then, shortly after this pic was taken, everything took a sudden change for the worse... an everday bathroom break went very horribly awry.  I'll spare you the details, but suffice it to say that the neat rashie that he's wearing in these pictures is no more.  I had thought events like that were well behind us... at least he made it out of the pool!
We recovered our equanimity and enjoyed the rest of the day. 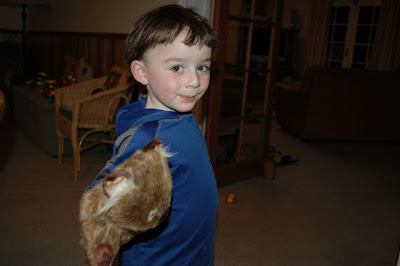 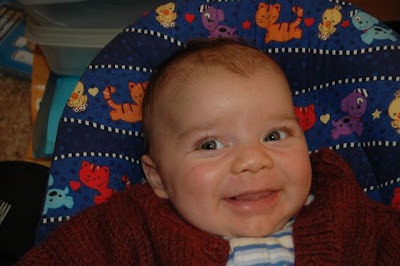 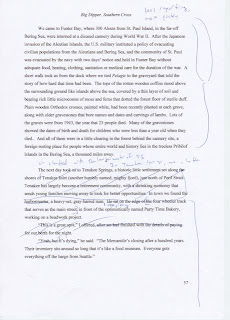 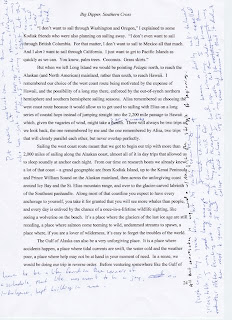 Well, I met my self-imposed deadline for finishing the first draft of my manuscript about our trip across the Pacific.  I got it done before Eric was born, even if it did take the fortuitous circumstance of his being born six days after his due date for me to make the deadline.


For a while now I've been mentally setting aside August for the rewrite that will get me from first draft to second draft.  For the last week I've been marking up the first seventy pages or so (see the examples above), and today I actually sat down and started writing.


And...it was kind of fun.  This is a new experience for me and this manuscript.  For the most part, I've found writing it to be about as much fun as drilling a hole in one of my own teeth.


Anyway, I have high hopes that I can knock out a one-month rewrite.  Stay tuned.
Posted by MikeAlisaEliasEric No comments:

I just read The Totorore Voyage, a book describing a fantastic (and utterly nuts) circumnavigation of the earth at high southern latitudes by a Kiwi named Gerry Clark.  Just out of Cape Town, his 32-foot boat was rolled and dismasted.  He managed to limp into Marion Island, a South African possession in the sub-Antarctic, where he dropped off his two crew at a research station.  He then set out grimly, alone, to try to make it to Australia to fix his yacht.  Before him was a beyond-epic solo voyage over thousands of nautical miles of the Southern Ocean, navigating under a jury rig and sails made from a tarpaulin and a bedsheet.  He was capsized again and again, going through something like four or five separate jury rigs in the process.  He repeatedly despaired of ever surviving the experience.  Things got so bad that he contemplated just stepping off the side of his boat to hasten the inevitable.

Finally, against all odds, he limped into Fremantle, Australia, his boat a sodden mess, having performed heroic feats of seamanship to reach port safely and unassisted.

What did the Australian authorities do to greet him?

They brought a sniffer dog down to the boat to make sure he wasn't smuggling drugs.  They put him through entry formalities that lasted for seven hours.

I cannot think of another Anglophone country that would treat a distressed mariner this way.  It turns out that Australia has a spectacular talent, and tolerance, for bureaucracy.  It's a trait that's very surprising given the informal character of the country, but there it is.

This is the part where I mention that we have now been trying to import Pelagic into Australia for 6 months and 25 days.  Until she is imported, we cannot advertise her for sale.

It's not like we've been struggling through the bureaucracy on our own - we've employed two different customs brokers to assist us with the process.  Nor are we involved in some lengthy fight with Customs.  As far as I can tell, it's taken 6 months and 25 days to get us this far in the process...just because.  In addition to the over-developed bureaucratic streak, Australians can also demonstrate an amazing capacity to not get stuff done.  I think those two characteristics have come together to put us on the 7 month boat import plan.

I've learned that calling the customs broker four or five times a week is the only way to keep the process from succumbing to inertia.  And generally, I'm pretty Zen about the whole thing.  The boat will be imported when she is imported. 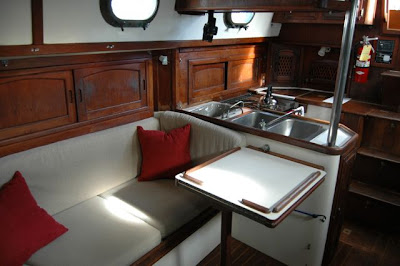 On the bright side, I've had plenty of time to get the boat ready to sell!
Posted by MikeAlisaEliasEric 2 comments: