So, there are king penguins in the Falklands.

Our crew was dead keen to see king penguins.  If we didn't get Elias in front of some king penguins, we might as well sell the boat and move back to Alaska to be pig farmers, for all he cared.

There is one notable king penguin colony in the Falklands, at Volunteer Point.  Unfortunately, the closest place we cared to land the dinghy was at Magellan Cove, more than ten land miles away.

Elias could do a twenty-plus mile walk to see king penguins, we were sure.  Eric insisted he was game.  About him we weren't so sure.


I'll end the suspense.  Both boys did an incredible job.  No whining, no asking to be carried (by Eric). They spent most of the walk split up, one kid next to one parent, each kid yammering on a mile a minute about imaginary planets and what their (imaginary) lives in Alaska would be like.  Eric was skipping at the very end of the walk.

And, wouldn't you know it.  I walked all the way there and forgot my long lens!

I came up with some ok pics all the same. 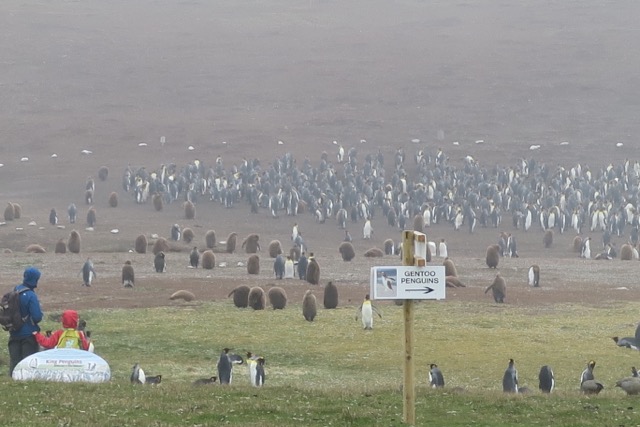 The place is quite the tourist attraction, and gets regular visits from groups large and small.  We were lucky enough to be there with just one photographer. 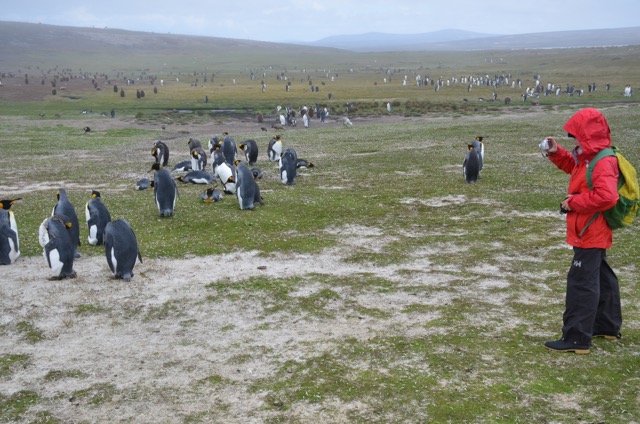 The penguins were doing their "we're not frightened of people" act.  The trumpeting sound of the kings was magical.  As was the whole scene, really. 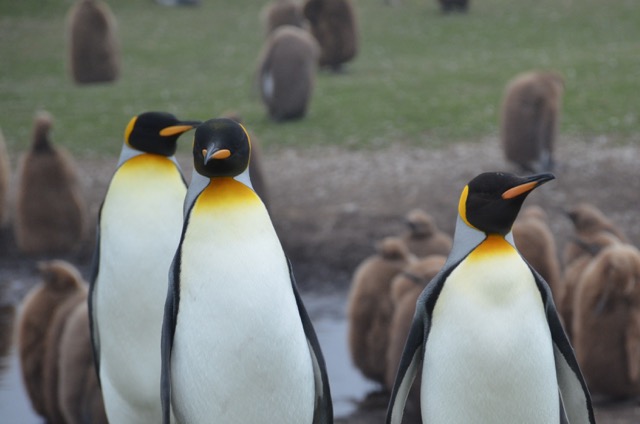 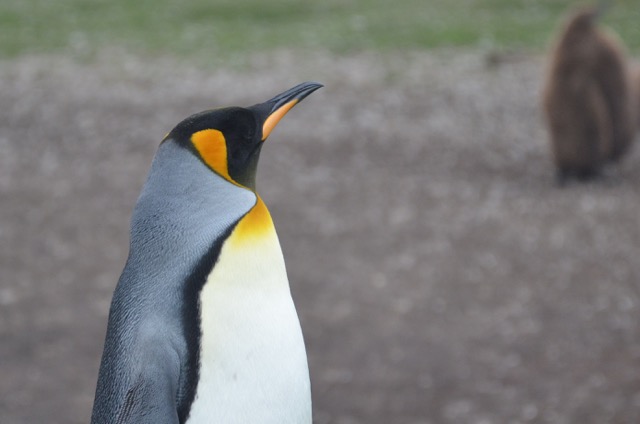 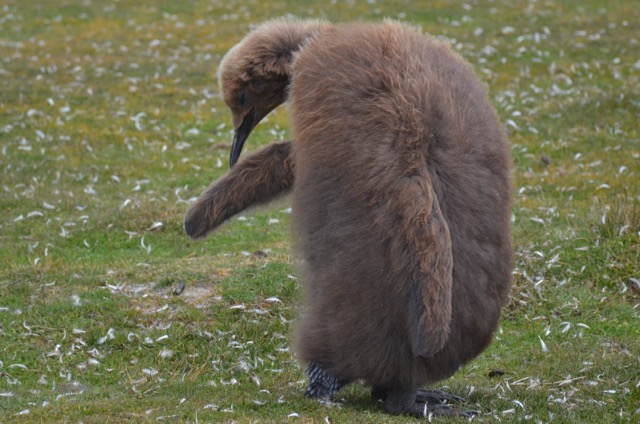 King penguins have this cool life history that results in breeding attempts at different stages in the process being present in the colony at one time.  During our visit there were adults incubating eggs on their feet (oh, how incredibly cool is biology?!), and also nearly-fledged chicks, some of whom were molting into subadult plumage. 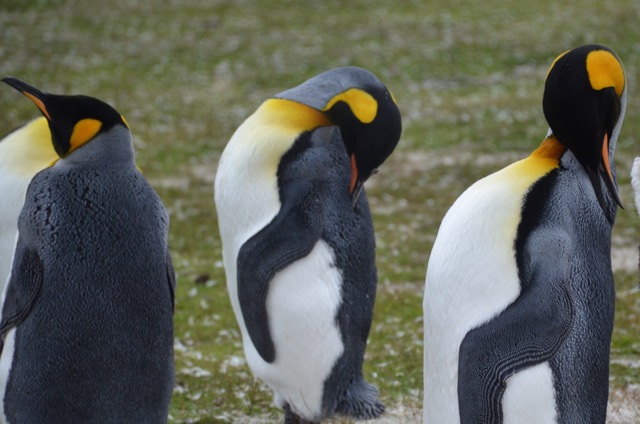 We had to get going sooner than we liked - the summer days in the Falklands are long, but only so long. 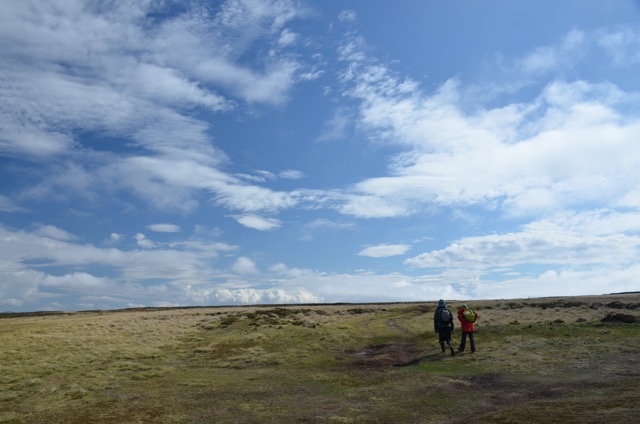 We arrived back at the boat just at sunset, with a distinct feeling of accomplishment for all.  Eric got the "You Are Special" plate at dinner to recognize his outstanding effort.