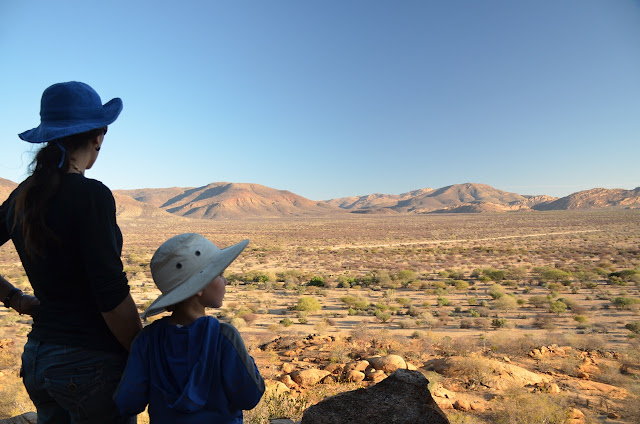 Our friend Fatty Goodlander has a wonderful us-and-them riff about "dirt dwellers". That would be his shorthand for the part of the human race that lives on land.

He maintains that the customs of that particular tribe of humanity are particularly hard to fathom. It's a tremendously entertaining spiel. And really, if you're going to stoop to that lowest and most common human failing of deciding who is and isn't in your tribe, and who is, and is not, therefore worthy of being considered fully human, you might as well go big. It's us sea gypsies vs the other 99.9999999%! 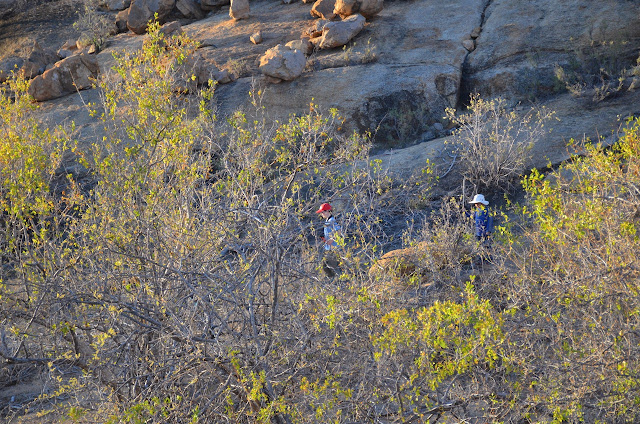 But, dear Fatty, I might ask you to consider the view that there is dirt, and then there is dirt. As in, not all of the solid bits of the earth are equally bad.

Take, for instance, the farm at Omandumba, Namibia, where these pictures were taken. The campground there was...  Well, scroll down to the picture of our rental truck between the boulders, and you'll see how good it was. No other campers, the stars screaming-bright at night. We were just absolutely in heaven.

And although there were no other campers around, there was a San (aka Bushmen) "living museum" about 300 meters away. The living museum concept seems like a cool way for semi-traditional peoples in Namibia to benefit directly from tourism. You pay for a tour, and they demonstrate traditional bush skills to you. The people at this museum rotate between the living museum and their village on the border with Botswana, two or three months a time in each place.

I was over the moon hearing a click language being spoken. I haven't read up on it, but San culture, and language, are impressively old. The language is famous for having a number of sounds that are made by clicking the tongue or throat. Trying to repeat the San names for trees or animals was as fun as it was unsuccessful.

There is also something a little seedy in the living museum scene. Get a picture of the naked Africans! Big-time out-there travel moment! But we managed to look past that.

The really interesting interaction was off-hours. The campground had the only water source, so the San would come over to our camp in the mornings and evenings to fill their bottles. It was always a pretty large group that came over - usually ten or so, including kids. Everyone would be wearing western clothes, and their demeanor was quite shy. That was the picture to get - something about the western clothes spoke of a culture in transition. But it just seemed too too intrusive to grab a camera at those moments. Better to just interact as equals as best we could instead of devolving into the photographer-subject relationship.

The site was also crawling with ancient San rock art. Ancient as in millenia old. That was pretty cool. And seeing it while listening to San speaking about it in that click language...that was worth the trip, for sure. 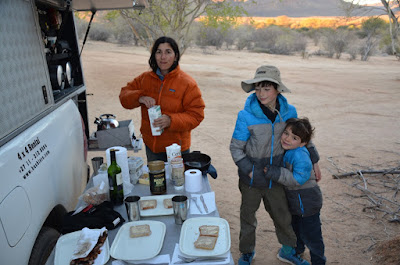 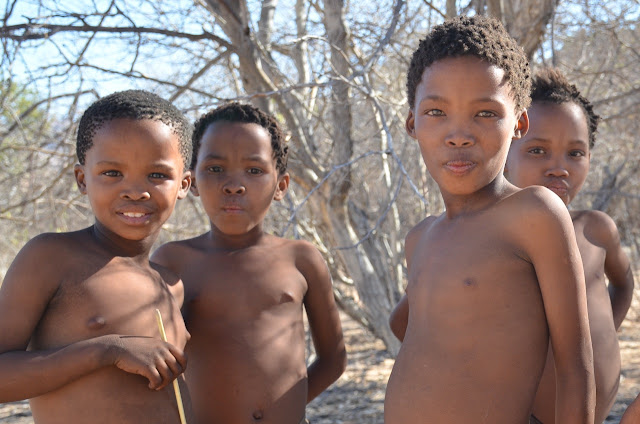 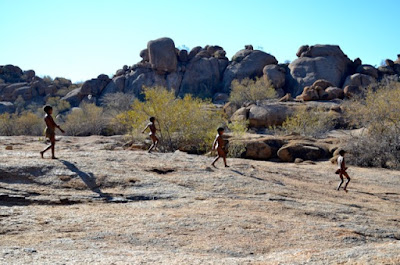 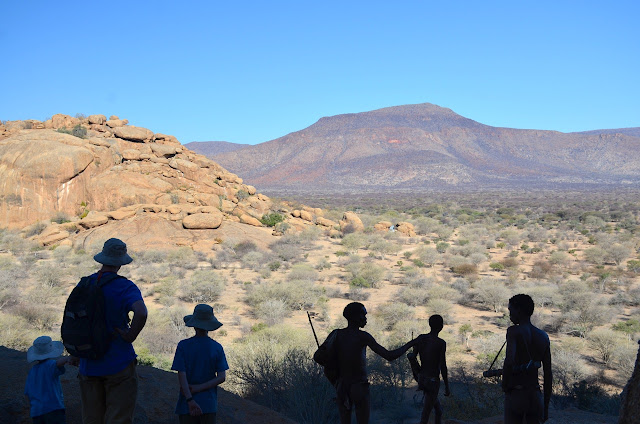 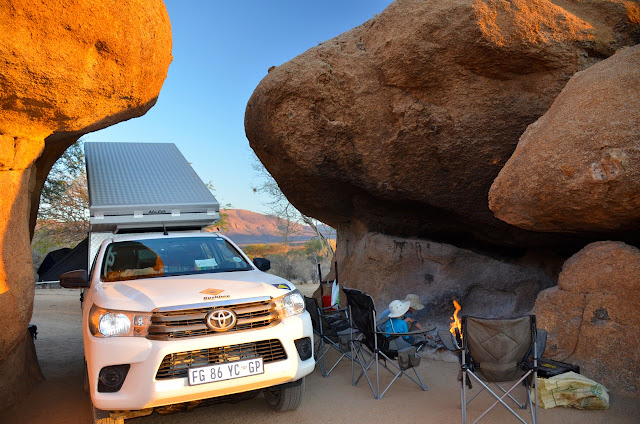 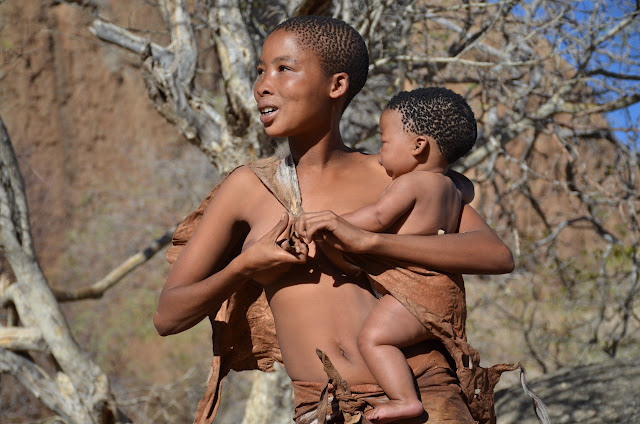 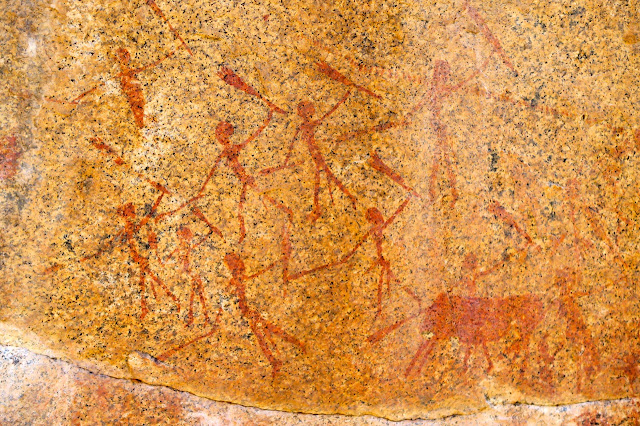 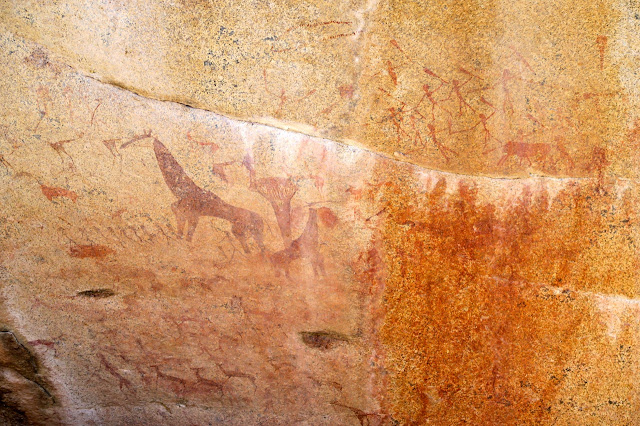 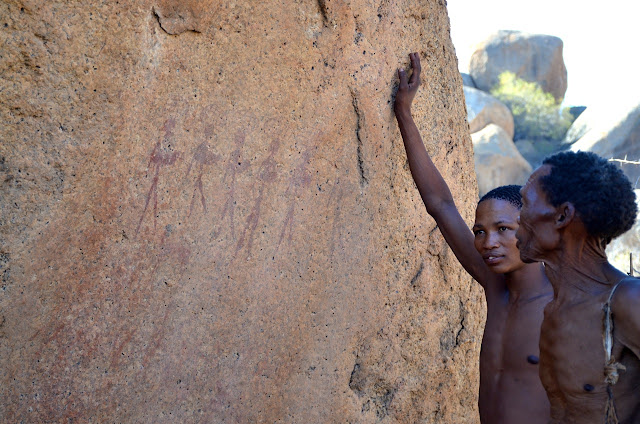