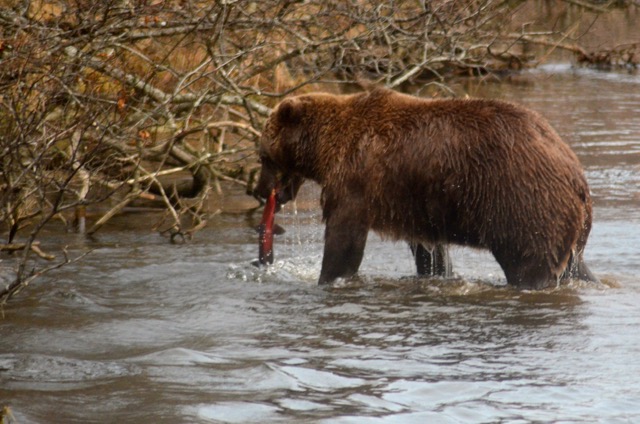 So. After ten years of wandering, this is what we've chosen; home.

As I've noted before, from a work perspective it would have made more sense for us to settle down in Juneau, where a strong community of academic and agency biologists would have given us access to the personal interactions and collaborations that make for a successful scientific life.

Alisa and I are prime examples of the willingness of Americans to be rootless. We both moved to Alaska as young adults, and made our lives here, separately and then together, thousands of miles from our families.

But we took the opportunity of our return to take a stand, not quite consciously, against being forever on the move. In the US, home for us could only be Alaska. And in Alaska, the place we are at home is Kodiak.

So that is the upside, as far as I can see it.

On the other side, we are coming back to a world that we do not quite understand at all.

The complete saturation of everyday life into the internet, and the products of the net state, happened in these ten years that we were away. Of course there was internet in Australia and Chile and South Africa, and of course I kept this blog going for the ten years that we were away. So it's not like we were unaware of the existence of the internet.

But the degree to which people actually lead their lives through small interactive screens just completely beggars the imagination of someone who has been more or less on the periphery for the last decade. It all looks quite dystopian to me. Consider the state of right-wing politics, if nothing else, and what computers have done with that. I feel myself settling into something of a self-defined museum of a life, apart from what I see as the mass hysteria of our times, and knowing that I also bypass whatever good might come from participating in this new sort of life.

And then there is the historical moment that we chose for our return.

My boys will come of age, politically, in this world. Where we can see how precious these trappings of democracy might turn out to be that we so blithely cast away.
Posted by Mike