OK, I'm back from a bit of a mini-holiday from the blog.  Although 'holiday' isn't really the word, as I've been very busy with all sorts of stuff that I won't go into...

We've settled nicely into our old haunt of Iluka - pictures to prove it below - and are enjoying a breather from the on-the-go, "always another anchorage" approach to the life afloat.  Galactic has been sitting in one place for a month now, long enough that I'm thinking I'll have to brave the murky river water and the bull sharks to clean the barnacles off the prop before we'll even be able to move again.
Meanwhile, our family activities have concentrated on the old Iluka standbys: the beach... 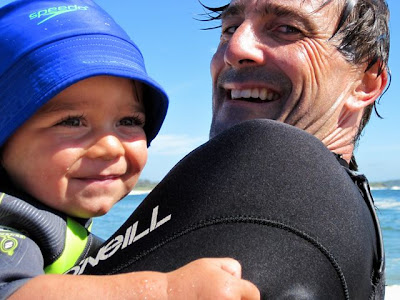 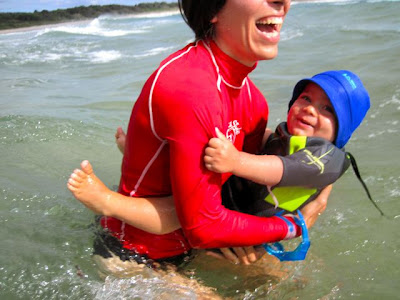 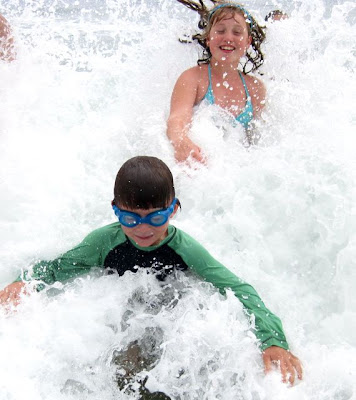 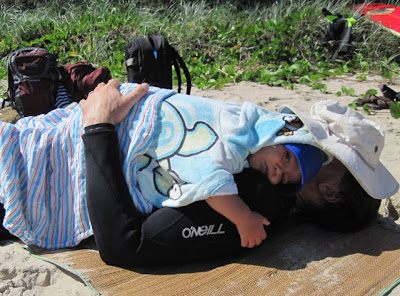 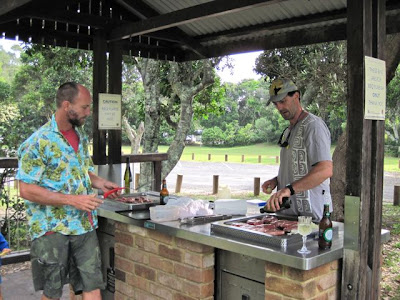 I suppose we'd get restless if we lived in Iluka for a year or two and did this stuff all the time, our feet being as naturally itchy as they are.  But right now we've got a strong feeling that we earned a bit of this classic Aussie existence, and we're soaking it up.  It's not an adventure, and that's just fine with us.

Meanwhile, one notable development.  I stayed up late finishing a science proposal a few nights ago, submitted it the next day, then collapsed into a quivering heap for a few days, just like I do sometimes on passage.  Luckily, we've got family visiting, and my brother-in-law the fancy Boston doctor has offered a tentative hypothesis of migraines (absent the splitting headache), triggered by sleep deprivation.  It's an idea to go on, and gives us our first suggestion of how we might tackle these mystery bouts of infirmity that occasionally leave Alisa doing everything on her own at sea.
Posted by MikeAlisaEliasEric