It's famously difficult to photograph rowdy weather from the decks of a sailboat.

It might be easier capture the effects of rowdy weather on the crew.  Here's Alisa, keeping up morale for our two cabin boys on a gray and rolly day. 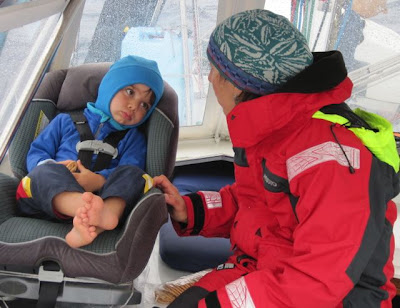 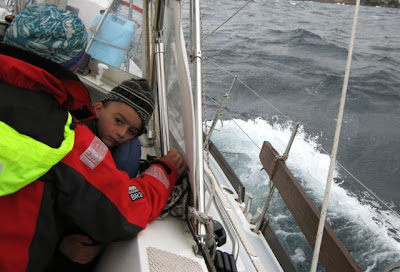 On this particular day, we were sailing around the south coast of Stewart Island from Adventure Bay to Port Pegasus. 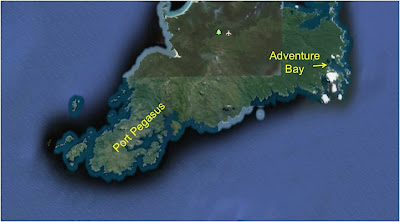 The forecast wasn't particularly bad - SE 25 knots, with a SW 2 meter swell.  But we were wary.  The SE wind was the product of a front that was coming through, and we weren't sure how accurate the forecast models would be right around a front, and whether we could count on the timing of the favorable wind to get to Pegasus.  More than anything, we were just being super-cautious about operating in this new place with the kids.  We knew just how clueless we were about local conditions.

But it turned out to be a fine sail.  Galactic flew.  And Eric didn't get sick. 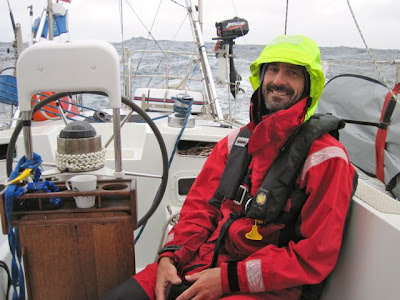 The entrance to Port Pegasus is somewhere up there! 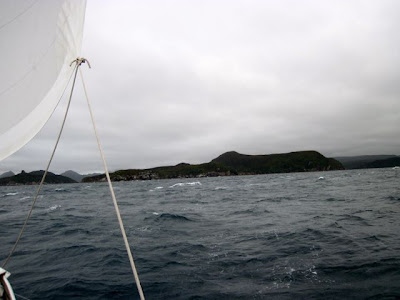 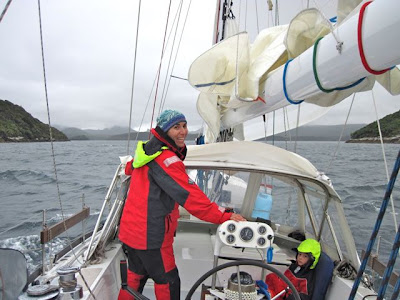 Port Pegasus turned out to be a remarkable spot, though the weather was pretty ordinary for our entire stay.

Our first anchorage there also turned out to be the first place on Stewart where we could find neither walking track nor beach.  This development temporarily drained the team morale. 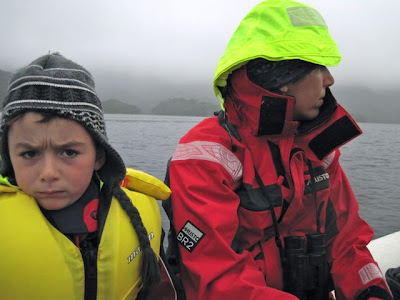 Inclement weather kept us boat-bound for much of the time. 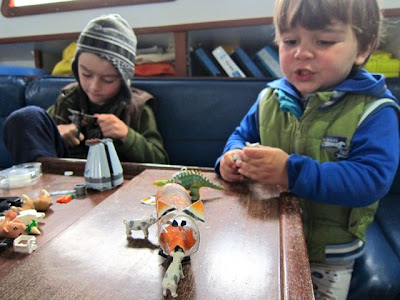 And when we did venture out we dressed for the worst. 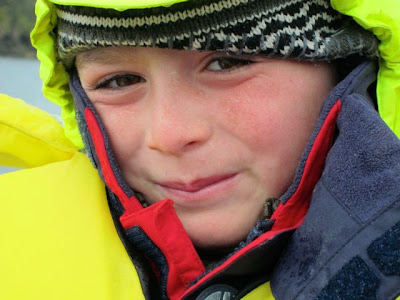 Port Pegasus is also the place where we tied Galactic into the shore for the second and third times ever. You'll remember that the second time didn't go so well.  But the third time was much better - a nice little cove, with perfect cover from a forecast for west 40 knots, a colony of pied shags in the trees above, and wide vistas across the bow. 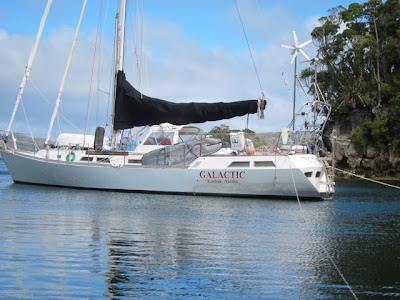 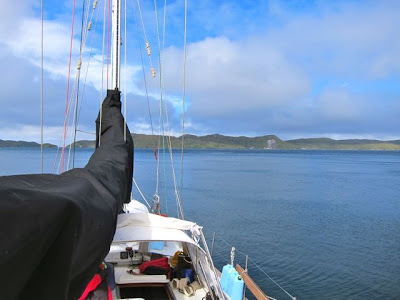 We continued to get ashore whenever it seemed like a good idea. 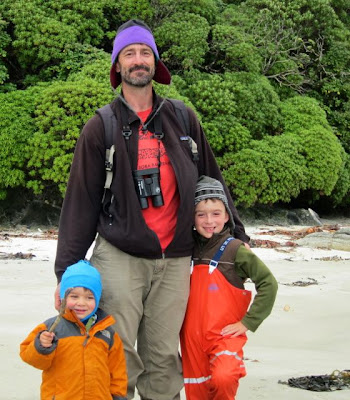 The boys love the freedom of being off the boat, where there are so many rules about what they can do. 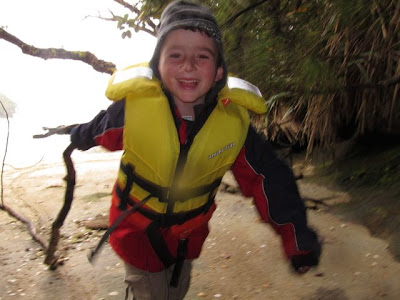 But even shore has its hazards.  How, for instance, do you deal with a two-year-old who is determined to wade into the cold water, no matter how miserable he'll be when he eventually tops his boots? 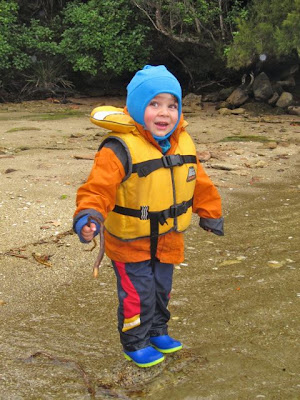 You can try giving him a good talking-to.  But of course that won't work - he's two! 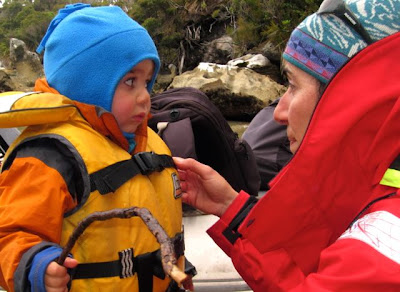 So the kid keeps doing whatever he wants, and you're left with a concerned parent face. 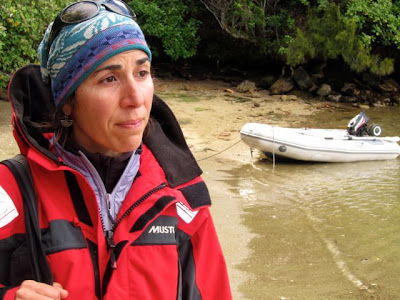 I love this picture because it captures the uncertainty and concern that we were feeling during this time.  Every night we were checking the weather for going down to the Aucklands, and every night the forecast still wasn't as good as we wanted.  But looking at the weather for a big crossing too many times has the psychological effect of being camped for too many days on the glacier beneath a big mountain that you mean to climb.  The longer you look at it, the bigger it gets, and eventually the idea of actually climbing the thing seems preposterous.

One of the attractions of the wide-open anchorage in the photos above is that it gave good access to tracks up the fantastic little granite peaks above Pegasus.  But we never got to walk those tracks, as the forecast suddenly suggested the possibility of good sailing conditions to get to the Aucklands in four or five days.  We still had to complete the formalities for visiting the New Zealand subantarctic in Bluff, and the various considerations of wind, tide, and weekend (when no formalities are begun or completed) meant that if we wanted to grab this chance to get south we'd have to leave Pegasus quick-like. 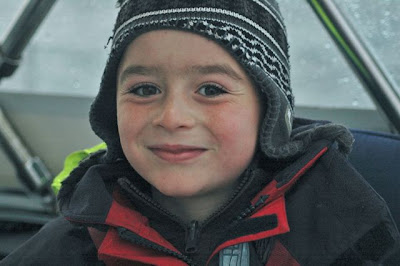