Any Excuse for a Party/Paje Unchained

This doesn't look like a reason for a party. 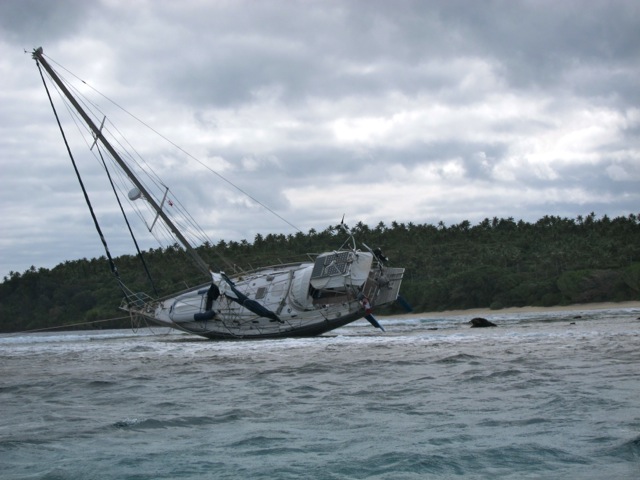 The yacht Paje went hard aground on a reef here in Vava'u in the early hours of the morning a couple days ago, at the end of a tough upwind passage from Fiji.

You really wouldn't want to hit a reef anywhere.  But if you did have to pick a South Pacific reef to hit, the one between Langitau and Vaka'eitu islands would be a pretty good choice.  There were likely 20 yachts anchored within one nautical mile of Paje when she went aground.  The response from locals and visiting sailors was more than you could hope for, but also just what you might expect. 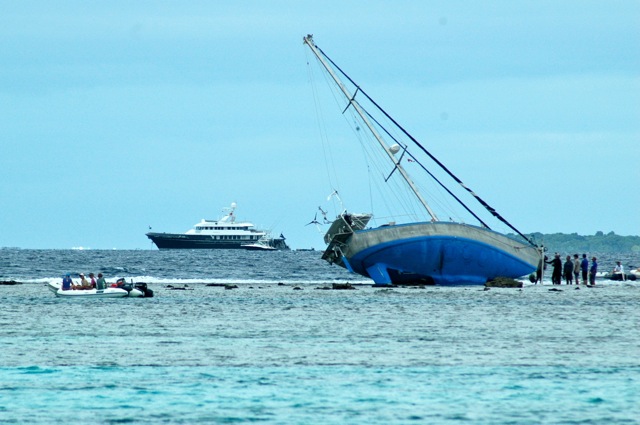 People came out in droves to offer their assistance.  Initial efforts to free Paje at first light after the grounding proved unsuccessful, even when the super-yacht Dorothea III, in the background above, came to her aid.  A succession of tow lines parted, the tide fell, and Paje was driven higher and higher by the waves.

Another attempt was made yesterday, more than 48 hours after she'd come aground.  More volunteer labor than could be used was on hand for the job of getting Dorothea's 2 1/2 inch braided nylon hawser  around the keel of Paje and led off the reef to an anchored dinghy where it could be attached to Dorothea's spectra tow line.

And this was the scene yesterday morning as Dorothea made another attempt to pull Paje free. 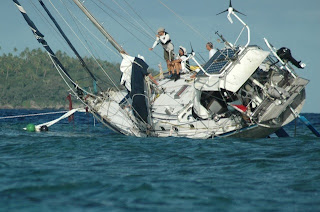 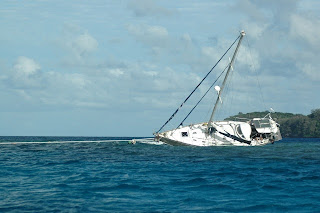 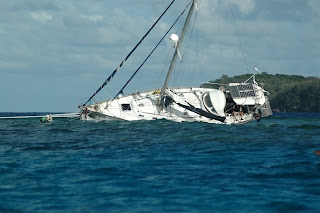 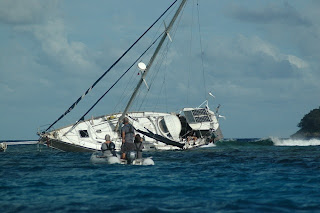 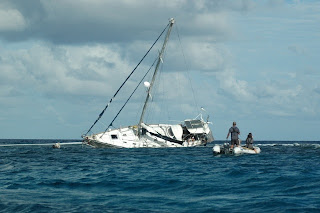 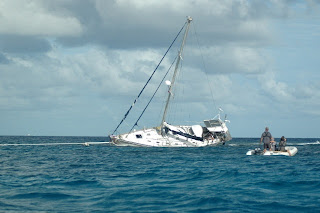 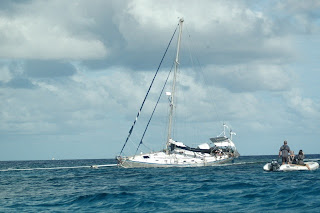 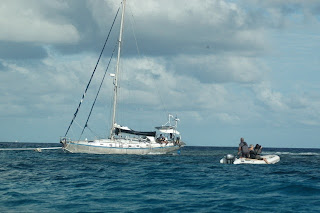 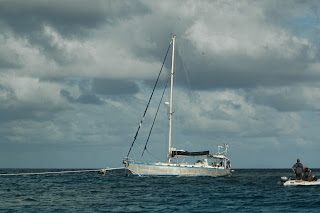 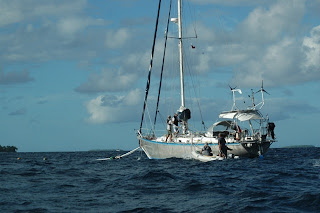 From heeled over and helpless to floating free again.  Paje is now tied to a dock in Neiafu and apparently in pretty good shape, all things considered.

And so tonight there was a little get-together at the Aquarium Cafe to celebrate the happy ending to the story.
Posted by Mike