I'm deep into the science work - non-metric multidimensional scaling, if you want to know, and I'm clearly missing something important while I'm at it.

Alisa, to more discernible effect, is stripping down the winches.  Annual service is barely adequate for these beasts if they live on a traveling boat.

Our holiday, in other words, is well over.

We've got three months to get our acts together for Patagonia - come April 1, we want to be ready to rock on out of here.  I, of course, am also finishing that mid-career PhD and madly writing proposals for more research gigs to pay for all this nautical carrying on.  Blog posts might be a little…terse…in the short term.

Occasionally the one of us has the common-sense idea that we should just chill out and head straight to Patagonia instead of doing a season in French Poly beforehand.  That way we could stay in New Zealand until October and get everything ready in an orderly way.  The very idea occurred to me only last night, as I made the mistake of trying to figure out our cabin heater installation at the same time I was figuring out the installation for the solar panels.

But rest assured that this common-sense idea has been vigorously opposed.  Sod that, as one of our more English friends might say.  Permission for an orderly approach denied!  We're going to Rapa, and that's it.

So, with a full few months ahead of us, we particularly enjoyed our recently-completed holiday dawdle out to Great Barrier Island, during which we did nothing useful at all.

To whit, some pictures: 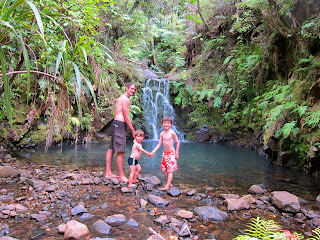 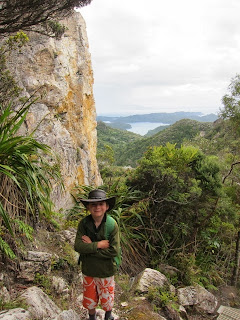 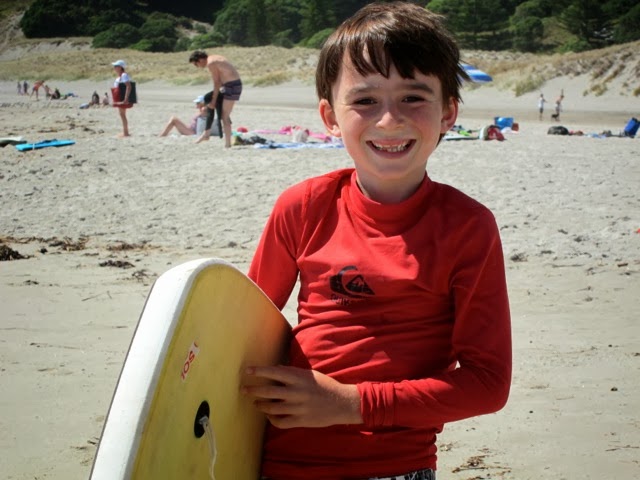 We ended the holiday at Ocean Beach.  Some chance acquaintances who settled at Whangarei after decades of sailing the world rowed up to Galactic to ask if they could drive us to the beach and lend us boogie boards.  People who have traveled themselves are so incredibly hospitable to travelers.  These are the same people who brought the gift of ice cubes for Elias and Eric when they came for dinner - they clearly knew their audience.

So that's it for us and wide horizons for a while.  Future reports will come from far up the Hatea River, in the Whangarei Town Basin.
Posted by Mike