What We Do Best

We're close.  The inevitable period of getting the boat organized and re-provisioned is drawing to an end, and we're hearing the siren song of the South, louder and louder. 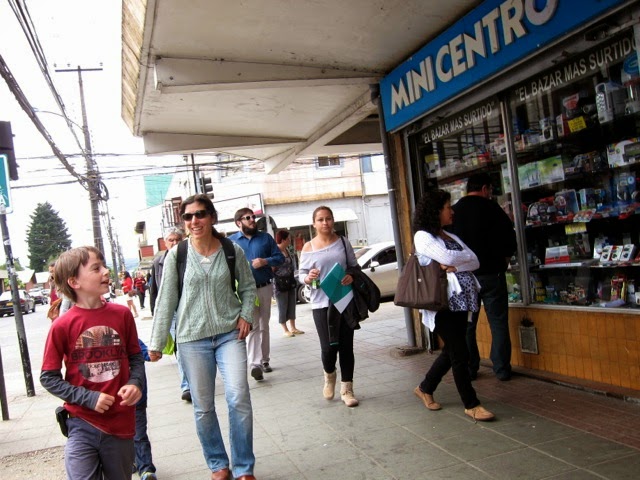 These periods where we spend weeks getting things fixed and organized and stocked come along regularly, of course - at least one big push for each change of sailing season.  These times are tough on the boys - they're asked to spend days tagging along to various stores while their parents, running errands in a foreign culture and a different language, tend to be too distracted to give them full attention.

I've thought at times about slowing things down once we're ready to go.  We could rent a car and tour the cordillera for a week or two.  I could enroll in a language school here in Valdivia for a month, we could get the boys into some combination of Spanish lessons and interaction with local kids to get their Spanish underway.

My Spanish is far from conversational, and at times I've been very attracted to the idea of improving now, at the beginning of our stay in Chile, when any improvement will pay off the most in terms of interactions with Chileans.  And I'm keen for the boys to learn some Spanish, and very aware that they won't do it when they're on the boat with us. 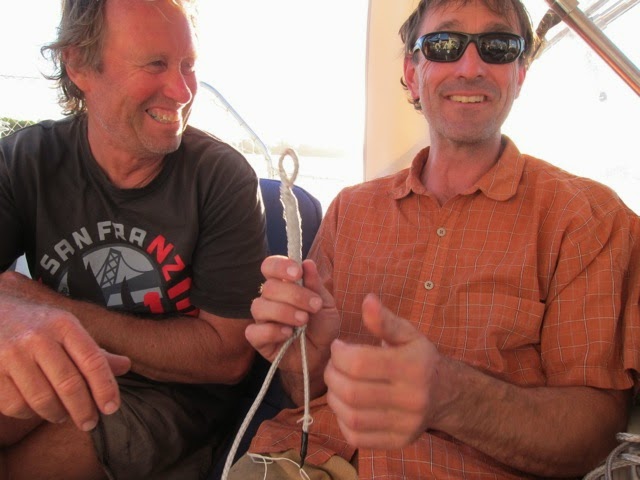 But, the those ideas about land travel or language instruction in Valdivia don't have staying power.  For one thing, we've been enjoying the most remarkable run of glorious summer weather, and conditions this good just cry out to be spent gunkholing around Chiloé Island, which is just 140 miles south of us and meant to be one of the sailing jewels of the world.  Winter will be the season to spend enough time in one place to find a Spanish teach.

For another thing, the last time that I checked his passport, Eric was still only four.  That's not an insurmountable obstacle for enjoyable land travel, but it is a consideration.  Everything is easier for us on the boat, where we're always at home, no matter where we are.

And finally, we'd really rather go sailing than anything else.  Alisa and I both have a dislike for boats that sit still.  Those sedentary times come along in any sailing family's life, but they're best avoided and delayed as much as possible.  This whole undertaking only makes sense when we're working Galactic, getting across some body of water we've never seen before to see what might be on the other side.

And that feeling of release that comes when you leave a port that has sucked you into its vortex for a few weeks - that feeling of possibility and, well, joy as we feel the boat coming to life beneath us - that feeling is really at the heart of why we've been doing this for years and years.  It's the same feeling that I used to get in the Alaska Range, contemplating the cathedrals of ice and rock and snaking glaciers from some improbable perch - I guess it's that feeling of being more than fully alive that has brought me closest to understanding what religious people might be talking about when they use the word soul.

Anyway, it's a good thing.  And I'm looking forward to a little more.