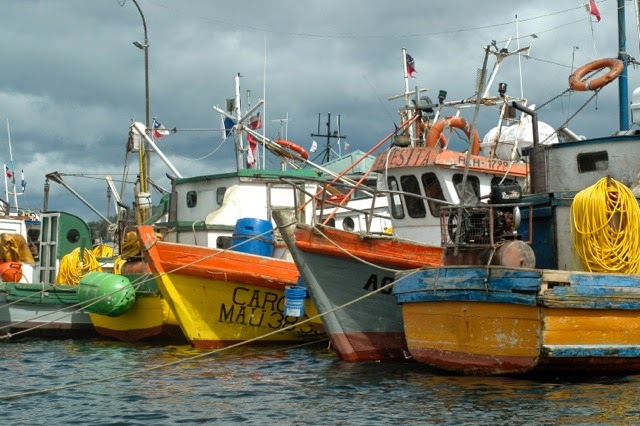 We might have done any number of things with that month, but what we actually did was to explore Chiloé - both the east coast of Chiloé Island itself, as well as the outlying islands in the Golfo Corcovado and the mainland on the eastern shores of the Gulf.

The area has something of a split personality.  The picture above was taken in Quellon, a fishing town every bit as hard working and hard-scrabble as fishing towns usually are.  When we pulled into the anchorage crowded with work boats and beheld the grimy waterfront of the town itself I was moved to comment that traveling sailors coming in from the delights of the Gulf of Alaska probably feel a similar sort of deflation when they first see our beloved, though certainly grimy, Kodiak.

Once we were ashore, the view didn't improve.  We found an open sewer and drunks on the sidewalk. The buildings cried out for a coat of paint, the nice women running the empanada shop where we stopped for a bite were turning away yet more drunks who were looking for a feed.

We were in Quellon only for groceries and boots (for Elias, who had been doing without waterproof boots) and kept our stay short - one afternoon and the following morning, and then we were gone.  But it was one of those places that you just don't feel like visiting with a four year old who listens poorly.

On the other hand, I suppose that it was a valuable bit of education for Elias.  "Dad," he asked me as we passed a passed-out drunk on our way back to Smooches after our morning hit ashore, "why do some people have no money and other people so much?"

And further on that other hand, there was the toothless young fisherman who gave us a double handful of the clams he had laboriously collected himself with the help of a hookah.  And the women in the empanada shop who shared their own dinner of mussels with us.

The mariscos (shellfish) didn't thrill us - Alaskans can be such seafood snobs - but there remains nothing as touching as a spontaneous gift from someone who doesn't have much.

We fled Quellon for nearby Isla Cailín - with a mostly empty beach to walk on, which we enjoy very much, but still in cell phone range for me to communicate with some biology collaborators back in the States.

Even though Cailín was out of the impact zone that is Quellon, it was still on the same metaphorical side of the coin.  The bay was encumbered with aquaculture, as is every spare scrap of ocean around Chiloé  And the beach was thick with plastic trash, most of it from aquaculture and fishing boats, just like every beach in the area.

The ocean around Chiloé is made to work hard - people here are getting a buck out of the sea more so than any other place we've visited in the Pacific.  It's hard to get Alaskans to be polite about farmed salmon, and the one taste that I've had of the local farmed fish will be enough, thanks very much.  But on the other hand I love the bustle and energy of the local fishing fleets, and the warm reception that people working on the water give us.  I appreciate the value of the muscular livelihoods that are earned on the water here. 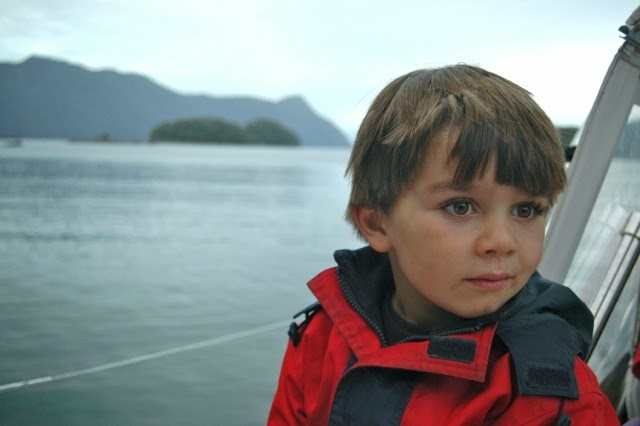 This picture of Eric above, and all the pictures below, were from the other side of the metaphorical coin - in this case Bahía Tictoc, our southernmost point on the mainland thus far.

This is the Chile that we came to see.  Where Chiloé features heavily modified agricultural landscapes, Tictoc offers native forests.  And where Chiloé is a place of people, Tictoc has exactly one inhabitant - the caretaker for the land owned by Douglas Tompkins, who has single-handedly set aside a huge chunk of land here for conservation.

We on Galactic don't need a huge chunk of land - just give us a deserted little scrap of rocky shoreline for the boys to scamper around, and perhaps a few new bird species for the family to identify, and we'll be happy as can be.

Tictoc was the very first place where we've tied into a Patagonian anchorage with shorelines - in Puerto Juan Yates, to be more specific.  We identified a new species of dolphin (Peale's) as we were motoring into the anchorage, we saw our first kelp geese there, and from the decks of Galactic we watched American mink diving to forage in the subtidal zone.

Once we were over in nearby Puerto Escondido we met said caretaker (Manuel?  Manuelo? I find it so hard to catch names), got a tour of the premises, and Elias finally found his Chilean angling mojo, catching dinner for the whole family.

There's lots more of that sort of anchorage to come. 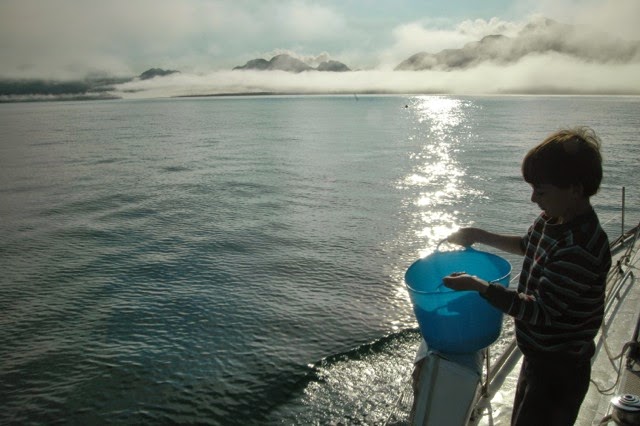 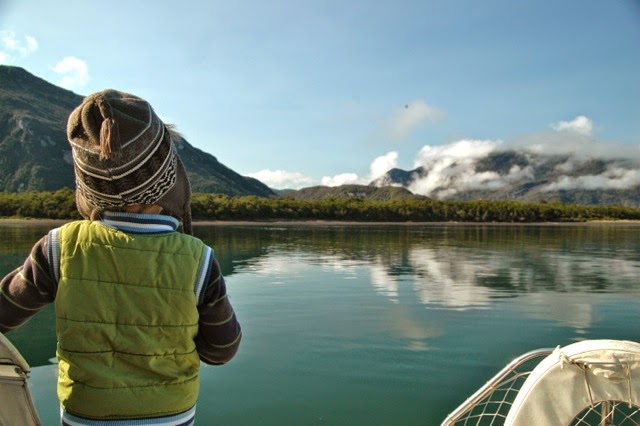 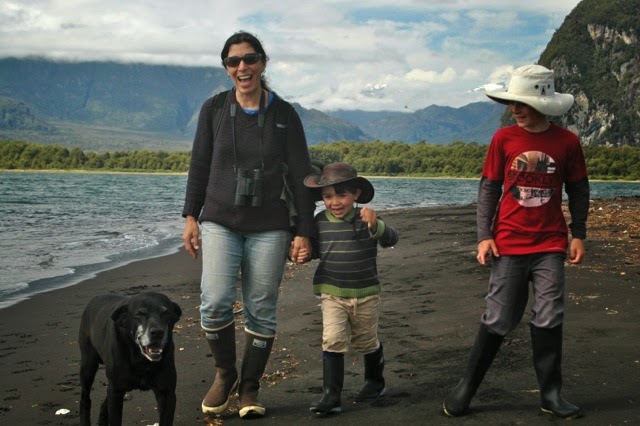 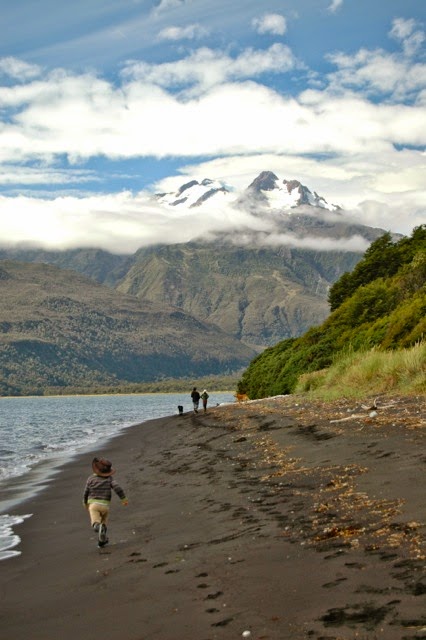 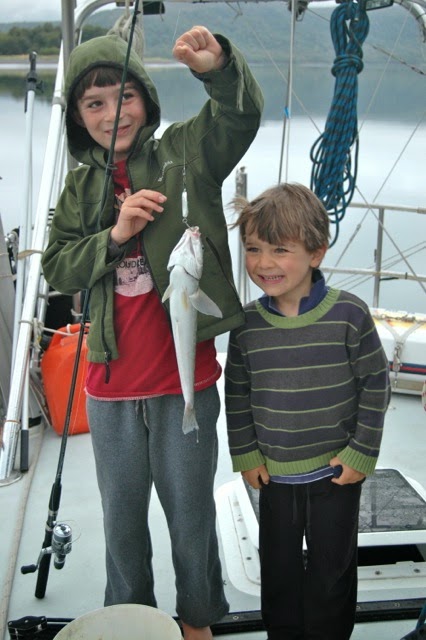 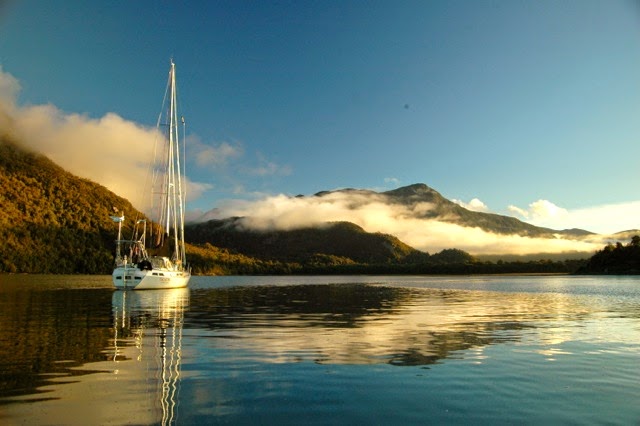 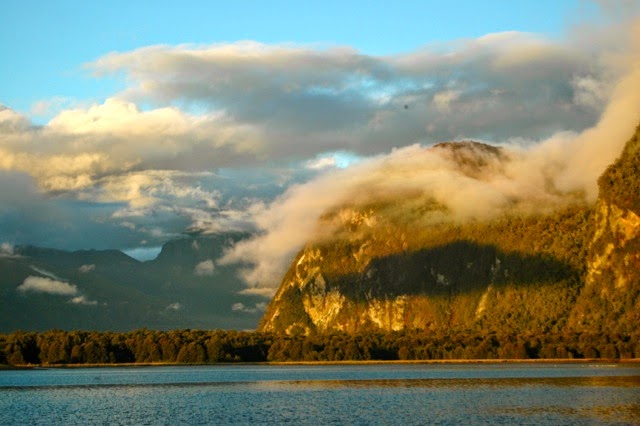 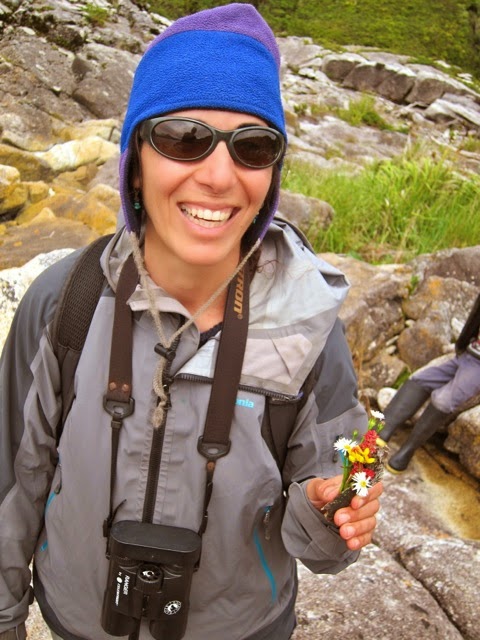 Through it all, of course, the rigors and vicissitudes of life on a traveling boat are never far away... 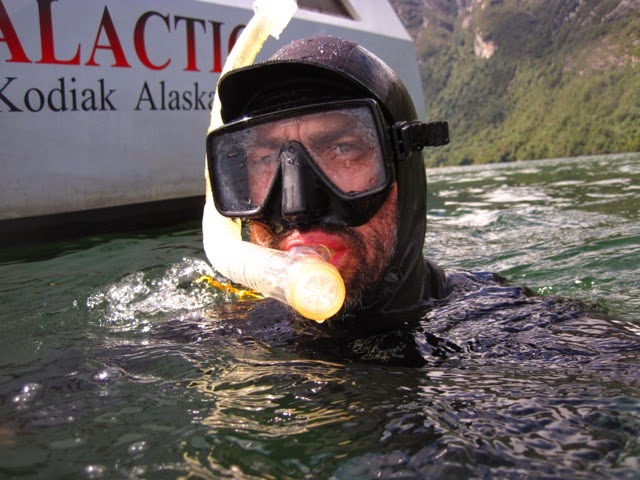 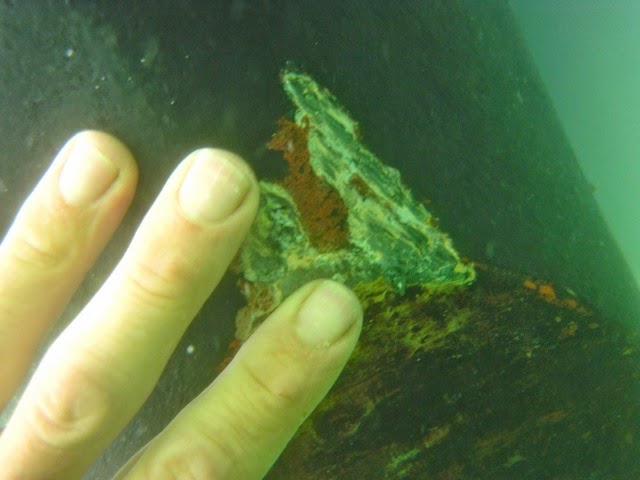