...wherever the Mothership is.

And that's where we are now.  Back on Galactic in Puerto Williams with our 200 (?) kilos of food and baggage after five weeks away and 90 hours of travel, door to door, to get back. 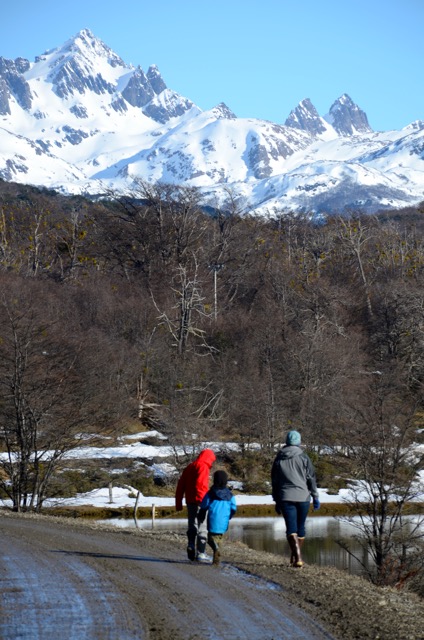 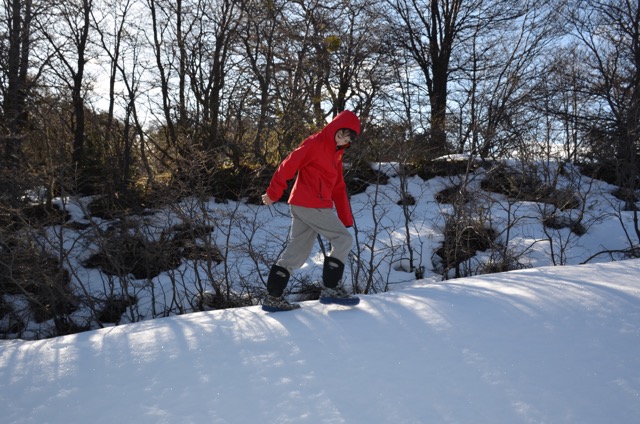 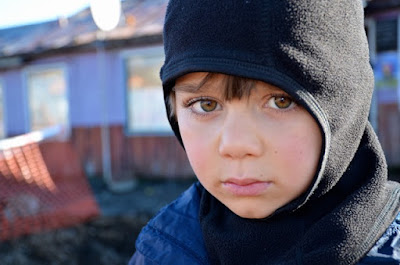 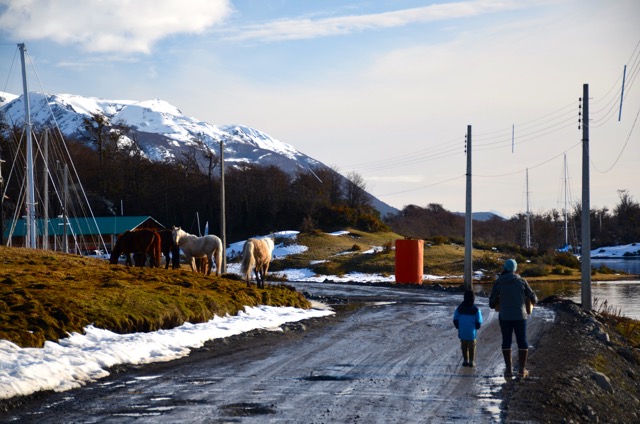 We slept one night on the redeye to Santiago, one night in the hotel in Punta Arenas, and two nights on the ferry to Puerto Williams.

We retraced a part of our route on Galactic on board the ferry Yaghan.  The trip was great, though being on a boat is a little dull if you're not actually running the show.  And, since you don't want to hear about the good stuff, I'll just mention the down spots.  Like, 1: when we piled our two taxi-loads of baggage and groceries at the top of the loading ramp for the ferry in Punta Arenas, and then watched an extra-big wave sweep ten meters higher than the previous high point to soak our stuff, and 2: when the TVs that were on in every room on the ferry were showing non-kid movies (Avatar, some Leonardo DiCaprio thriller) until arrival time at Puerto Williams last night (that would be until 11:30 PM).  All the other passengers gave every indication of being completely screen-saturated in their lives, and paid no attention, but our little media innocents were completely shell shocked by it all.  In English, I could get the damn movies turned off.  In Spanish...I guess I'm less assertive.

So, a quick shout-out to all of our family, to thank you for a wonderful visit.

And, a closing note on how great it is to be back on Galactic, particularly in this place.  In addition to being home again, we're back amongst our tribe.  We don't have to explain anything to anyone here about the hows and whys of the way we live.  They just get it, because they're doing it themselves.  And, as is the case with the best sort of yachtie, the other sailors here all seem to have big stupid grins plastered on their faces.

How could you not?
Posted by Mike