Notes From a 'Nother World

So, this trip that I've been writing about was a gem...except that it wasn't solid like a gem.  For all the effort that we put into this endeavor, it didn't profit us in the obvious way that a gem would.  We got nothing from it except the subtle way that it might have changed all of our characters, and now that it's over, it has immediately wafted away to the realm of memories, in a very non-gemlike fashion.


Everything that happened on that trip - all the concerns and sensations and considerations and moments of wonder and everyday living that filled each day - they're all a part of another world, very different from where we find ourselves now.  Very different.

After Caleta Brecknock and Bahía Desolada we found ourselves in the northwest arm of the Beagle Channel.  Because we had been doing all we could just to figure out what was happening day by day and week by week, we hadn't been anticipating Brazo Noroeste, and the wonder of the place took us completely by surprise.

I suppose that's another benefit of going in winter, when there aren't other yachts around to tell you about the delights of the place you're about to see.  It can be so nice to just discover the whole thing on your own. 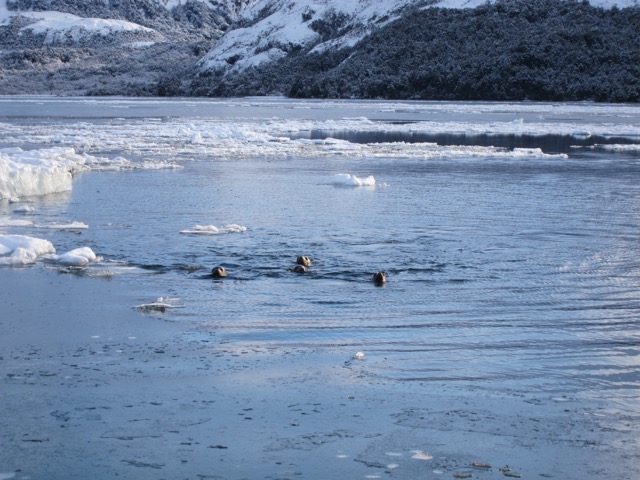 We started off in Brazo Noroeste by attempting to commit some glacier tourism in Seno Ventisquero.  But we found sea ice (mixed with glacier ice and curious South American sea lions) miles from the glaciers at the head of the fjord.  We turned back. 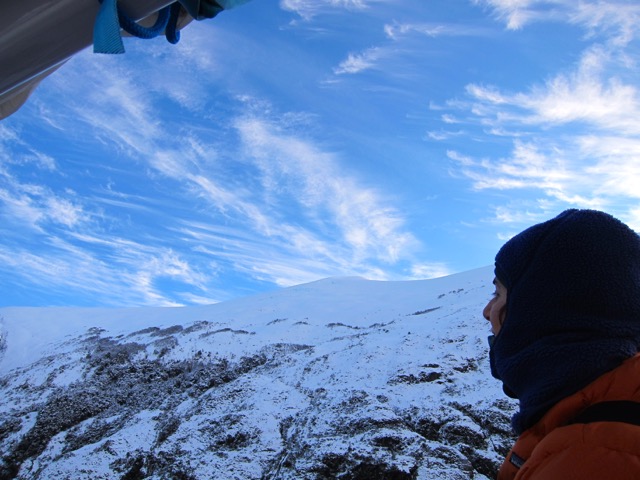 As we retreated to an ice-free backup anchorage for the night, the sun was still shining.  But mares' tails told us that the days of bluebird weather that we had been reveling in were coming to an end. 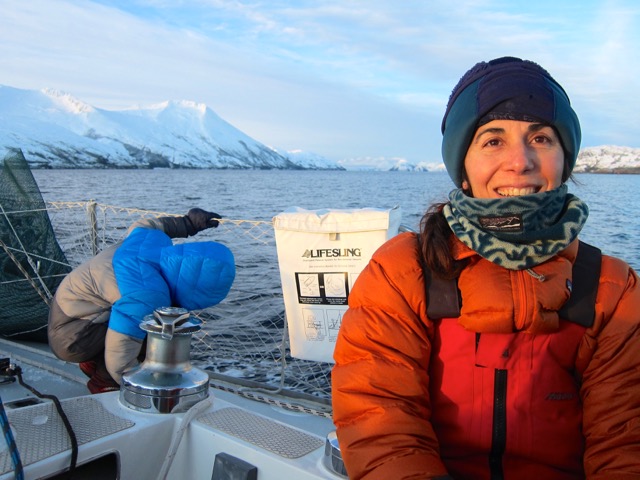 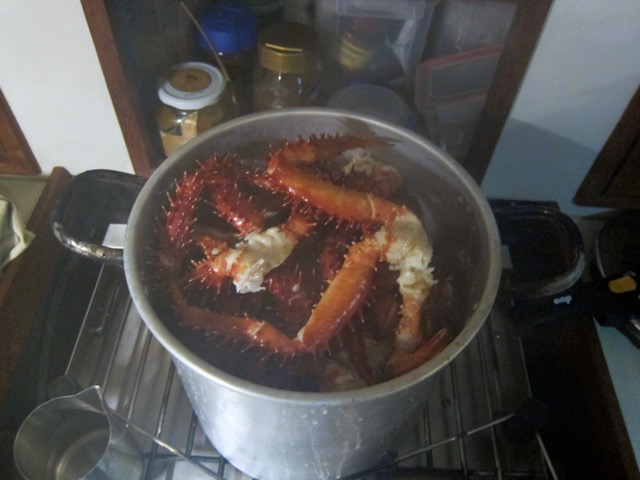 A centolla feast was fair consolation for the missed glaciers. 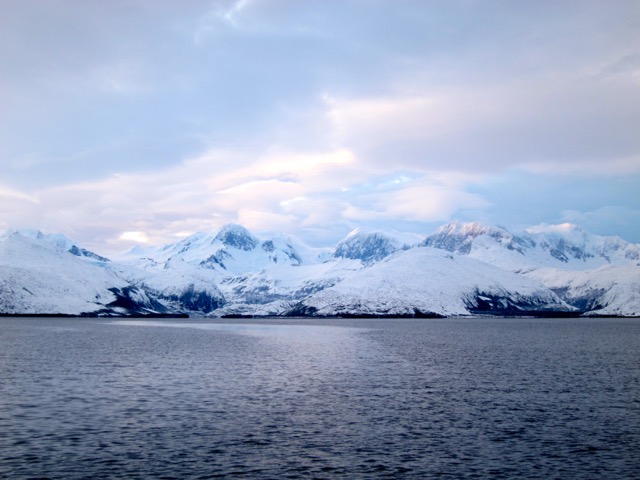 The weather was shutting down the next day as we traveled east down the Beagle Channel. 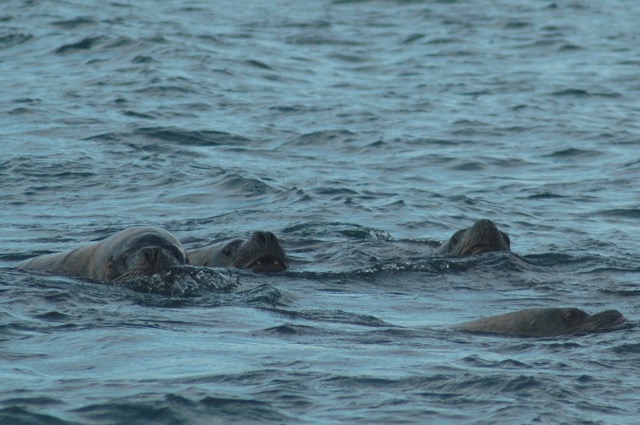 The sea lions were still curious. 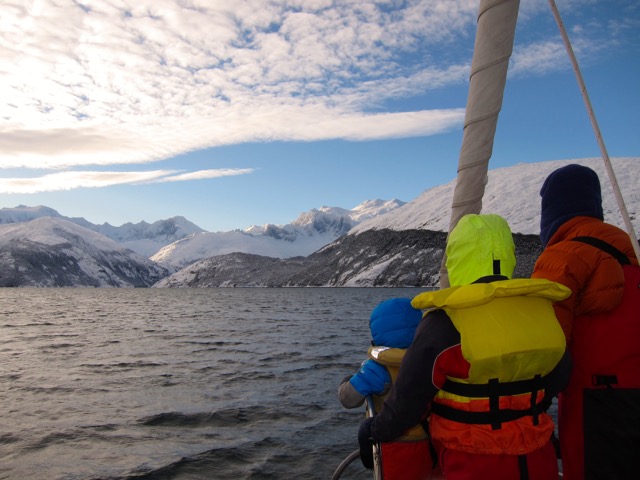 Our goal for the day was another attempt at glacier tourism - this time in Seno Pia.  As we approached, the blue skies that make the mountains come alive were just holding on. 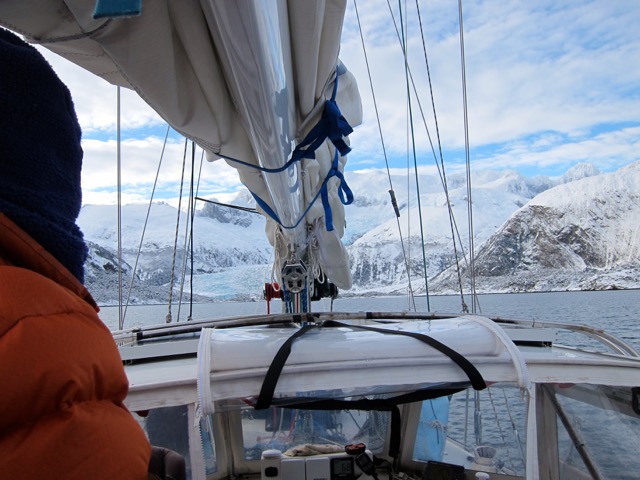 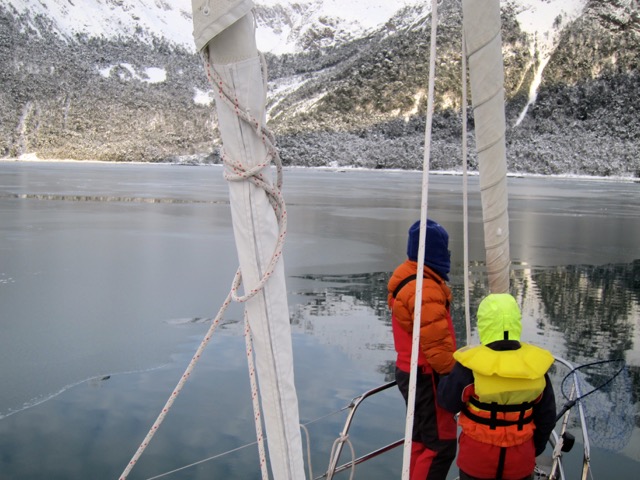 But once again our hoped-for anchorage was iced over. 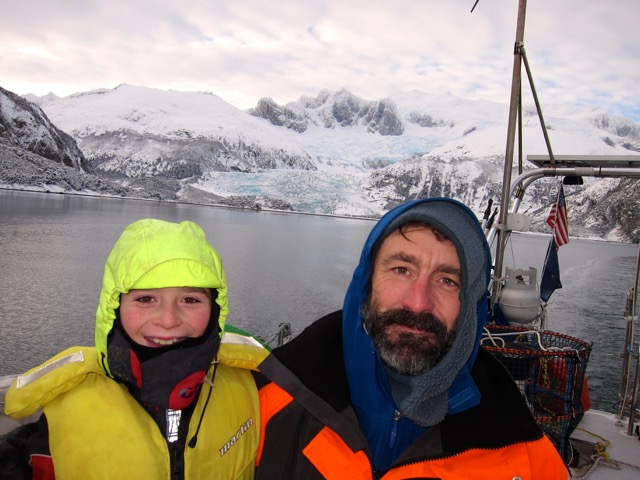 So we turned around again.  But spirits remained high. 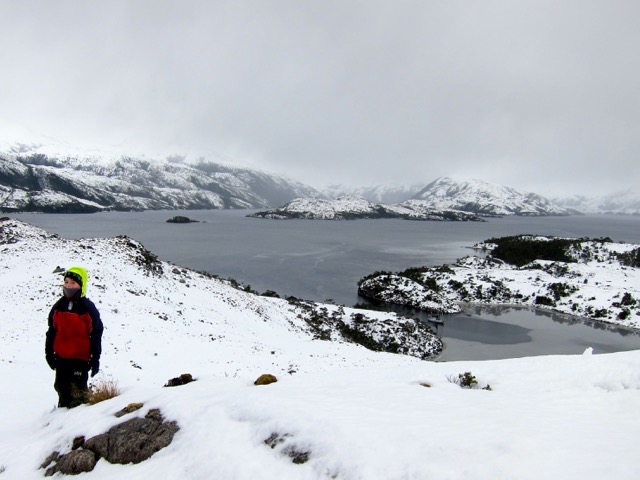 We anchored in Caleta Julia, and dutifully reported our position to the armada the next morning by email.  It wasn't until a week later that we realized that this anchorage is forbidden to yachts.

This shot above was taken the day after we arrived, and much of the ice in the caleta has melted out with the arrival of the warm front.  When we pulled in the night before, the spot where Galactic is sitting (just to the right of center in the pic) was completely surrounded by ice.  When we saw how difficult it was to tie the boat in with that much ice around, we were glad for our decision to turn around from the much icier glacial fjords we'd visited over the past two days.


After we left Caleta Julia behind we sailed into some of our most demanding situations of the whole trip.  But we weren't quick enough, or interested enough, to get pictures of those moments.  So for the purposes of this post, we'll forget that they happened.

Some things are best told in full narrative form, anyway. 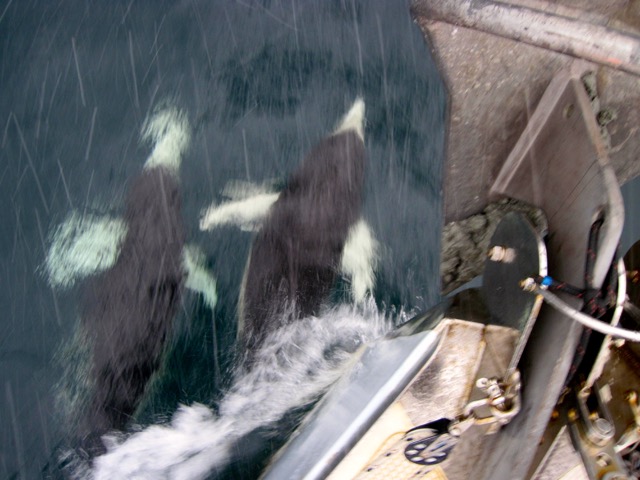 I'll close with this moment that I did photograph - southern right whale dolphins, bowriding Galactic in a driving snowstorm, in the Beagle Channel. 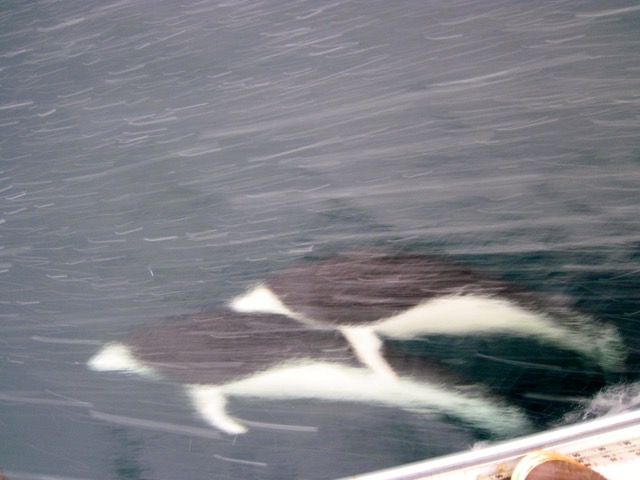 That moment is gem enough for me.
Posted by Mike