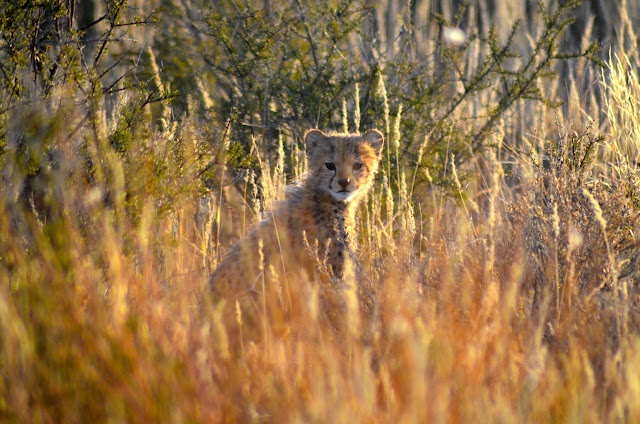 Well, who could resist? Certainly not the Galactics. Soon our initial plan of a two-week overland tour had blown out to a month, with plans to take in the Kalahari and points north in Namibia.

(The three-day trip between Kruger and the Kalahari still resonates with us. Alisa met a woman from Jo'berg recently who said, "You did that with kids? You're brave."

Surely it couldn't have been that risky?)

Our target was the Kgalagadi Transfrontier Park, which is shared among South Africa, Botswana and Namibia. 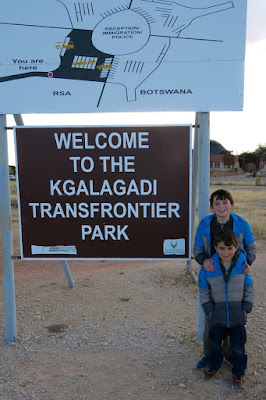 The Kalahari is much drier than Kruger, but at least in the bit that we saw, it isn't quite desert. More of an arid savannah.

We found less car traffic in the Kgalagadi than we had in Kruger. And there was much less camaraderie in the Kgalagadi. In Kruger, everyone was forever rolling down their windows to share tips for recent sightings. In the Kgalagadi we struggled to get people to talk from their vehicles, and then found ourselves giving up and generally keeping our own counsel. Remarkable how quickly you fall into line with the social norm.

So we spent our days driving the sandy roads of the park, watching the wonders of the world through our truck windows. The megafauna populations of Africa are highly fragmented, hanging on in various scraps of protected habitat that are quite widely separated. Long-term, the prospects for a lot of species aren't that hot. See "southern ground hornbill" and "African wild dog" and "theory of island biogeography". And both rhino species are in a poaching-fueled free fall, with not much further that they can fall. But it is still possible to rent a truck and drive around with your family to see the wonders of southern Africa for yourself. Too cool, and a great example of reveling in the state of the world as you find it. 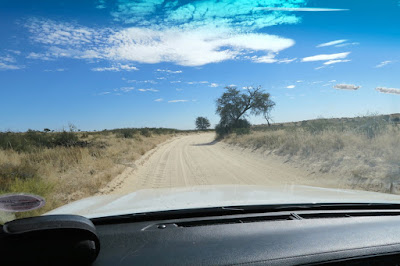 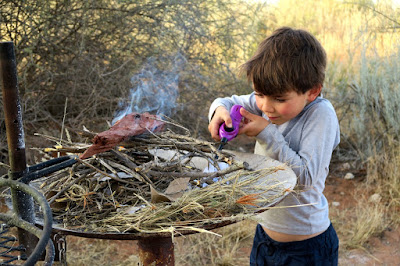 Finally, there's this photo below that Elias got with the point-and-shoot. He was so proud of it, and so keen that it be posted to the blog. I think it encapsulates a lot about how much he and his brother are getting out of this side trip. 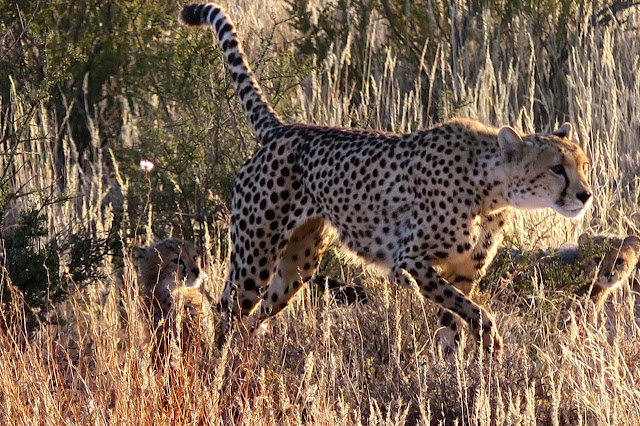