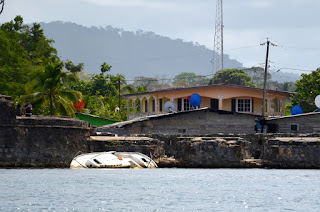 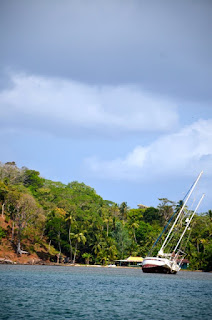 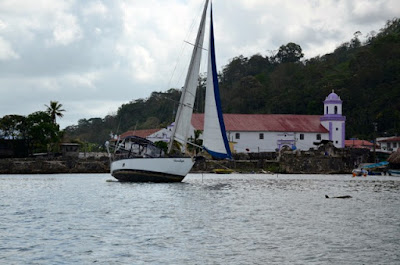 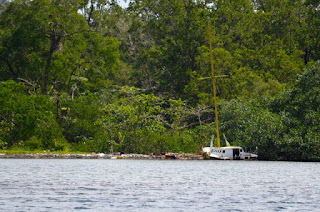 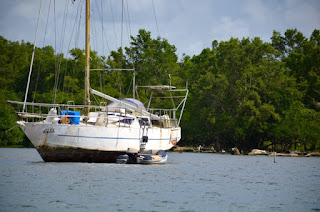 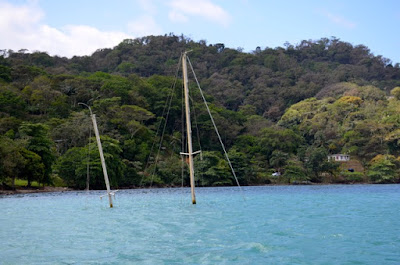 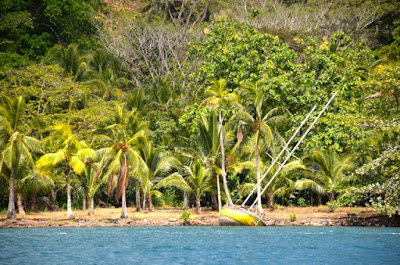 I took a photo tour of the wrecks of Portobelo yesterday.

Until Otto, Panama was considered completely safe from hurricanes.

Otto came ashore on the border of Coast Rica and Nicaragua, and it is the first hurricane to make landfall in Costa Rica since reliable records began, I believe around 1851.

It formed later in the season than any other major hurricane during the satellite era.

Given that Panama was considered to be well outside the hurricane zone, boats here would have been completely unprepared to ride out a really big blow. In Portobelo, eighteen or so yachts (I hear different numbers) ended up on the beach.

As you can see, quite a few were not salvaged.

A very informal survey of the wrecks suggests that metal boats are much more likely to still be in one piece, even if they have not been refloated. The glass boats are open to the tide, or resting on the bottom.

So, this was the end for a number of dreams, the sudden culmination of all the resources and effort that people expended to go to sea in their own boats. No sailor can look on these scenes with equanimity.

As you can see from the dinghy by the boat that is aground on an even keel, people appear to still be living on at least a couple of these boats.

The boat with the sails up, right in front of town, really caught our eye. Doveilyn, or Dorcilyn, I can't quite read the script on the hull. She appears to be a really nice little boat, and when we were first in Portobelo someone was still at work, apparently trying to refloat her.

But when we returned to Portobelo after being away for more than a month, she was abandoned with the sails up, in the same place where we had last seen her.

Finally, I think this is a really informative example of how a changing climate can catch people out. There is an incremental trend - Otto only came ashore 50 or 55 km farther south than the previous most southerly hurricane to make landfall in the Caribbean. But a very sudden, very abrupt event is embedded in that trend. If you're sitting in a crowded anchorage on the day that the definition of hurricane-safe areas changes, you get a lifetime of climate change impacts at once.

And I should close by noting that in addition to these wrecks and property damage ashore, 23 people died in Panama, Costa Rica and Nicaragua during the storm...
Posted by Mike