The day after Thanksgiving we arrived in Morro Bay. Rather than arrive in the dark, always a non-non for unfamiliar harbors and particularly so for this potentially dangerous entrance, we pulled down the sails at drifted for half the night. No wind, no swell, and incredibly serene with Alisa and Elias sleeping and the red night lights half-illuminating the cabin. The next morning we pulled in past Morro Rock, seen below. 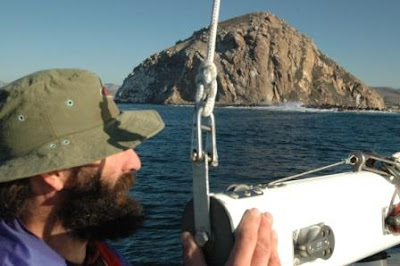 Once in Morro Bay we reunited with our friend Becka, who lives in the little beach town of Cayucos just up the coast. We worked with Becka in the field in Kachemak Bay in 1999, back in our days of seabird and forage fish biology. We met her husband, Mike, and son, Otis, and a whole bunch of their friends in Cayucos. And, highlight of highlight, Mike and Becka took us surfing. 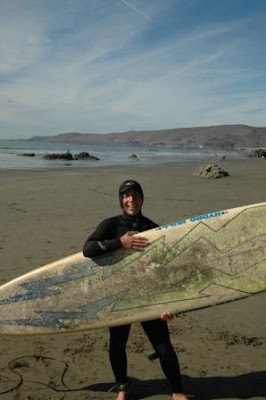 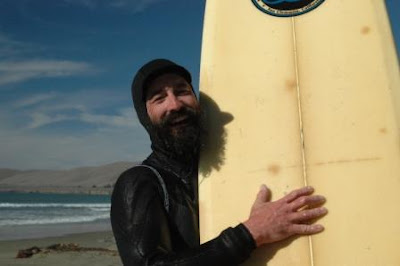 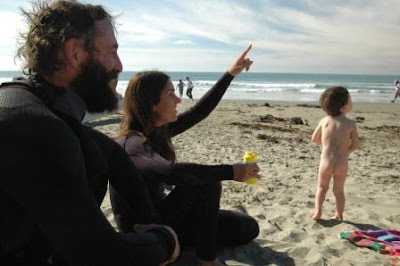 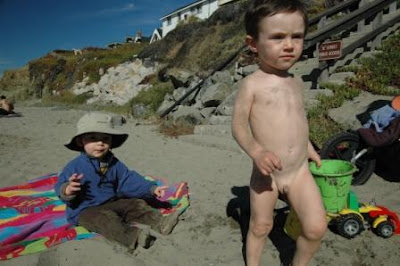 We're planning on leaving tomorrow, bound for San Diego. I had a strong image this morning of how much further down the coast we would have been if not for the daily mix of childcare and cruising, of how efficient and rapid we would be as just two adults afloat. On the other hand, if we'd stayed at home with Eli and put off cruising for the future, we'd be way behind where we are now. It's all good.

Here are a few Alameda shots, just to illustrate some of the jobs we were crossing off before we left. 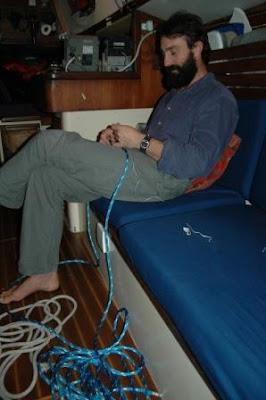 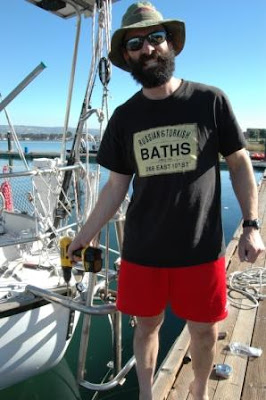 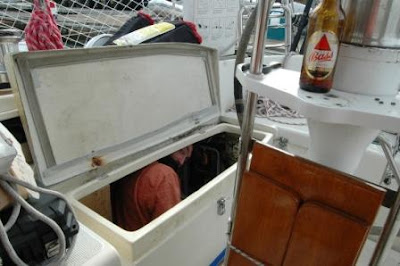 Installing the automatic tuner for the new ham radio in the cockpit locker. 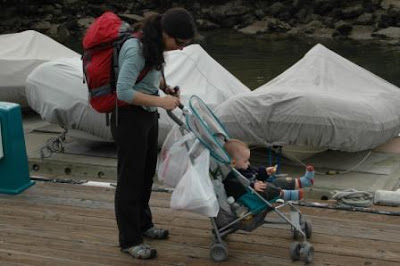 Returning from the grocery store, well burdened with provisions. 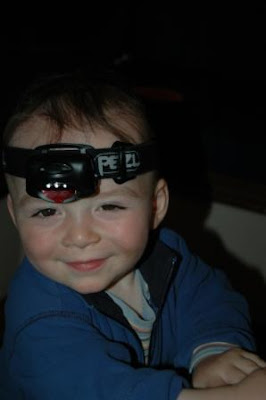