Well, you'd think it would be hard to lose things on a boat. There's only so many places for something to be. But I find a way.

We have a great waterproof point-and-shoot camera that we have used little because the software for it was missing. But just before our Whitsunday trip I found it, and when I downloaded the camera for the first time I got a great surprise.

The first pictures to download were the ones from the Whitsundays. The last of those was this one of Elias with his friends Malachy and Remeny: 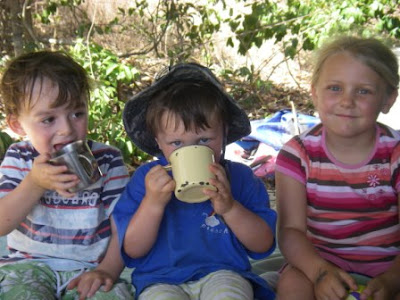 But, for some strange reason having to do with the way the camera orders pics, the next one to download was the very first picture we ever took with the camera: 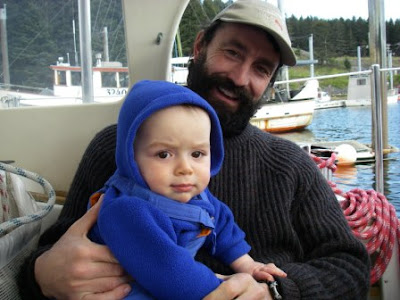 This was taken June 13, 2007, ten days before we left Kodiak, when Elias was ten months old. Whooeee! Coming on this pic unexpectedly gave me a feeling of vertigo, like I was staring down a well of time.
There were a smattering of pics from other points in our trip that gave a great timeline of E's early childhood. 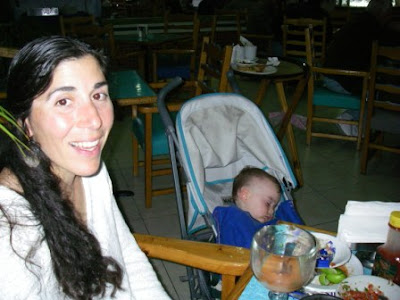 At a restaurant on the malecón in La Paz, Baja California, Mexico. 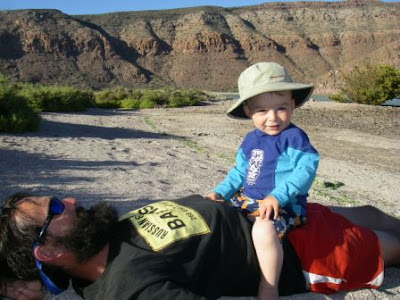 On a beach in the Sea of Cortez. 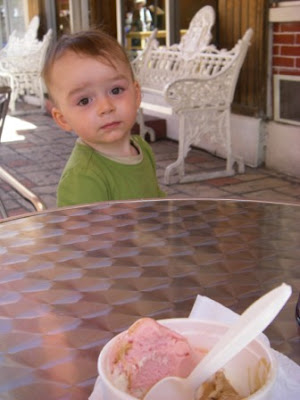 At our favorite ice cream joint in La Paz. 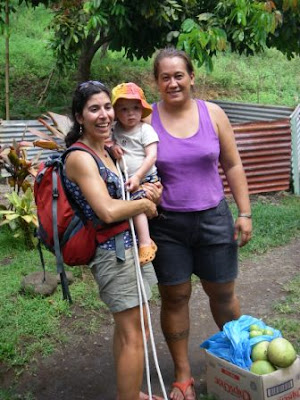 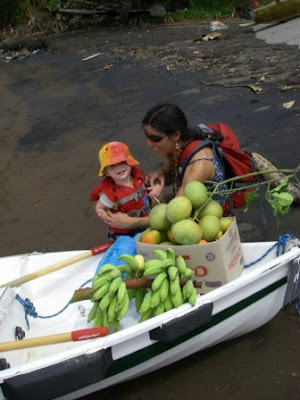 Taking fruit back to Pelagic.
~~~
Wow, I didn't realize he was that young during the trip!
Posted by MikeAlisaEliasEric