This weekend we set out on a land adventure with a Clearly Stated Goal: to see a Tasmanian devil in the wild.

You might remember that devils are carnivorous marsupials whose population has been decimated by a communicable facial cancer in recent years.  The 20th century extinction of the Thylacine, or Tasmanian tiger, still resonates with Tasmanians, and the increased risk to this other iconic Tasmanian animal has become a huge conservation concern.  There is also some possibility that the historical inability of introduced foxes to become established in Tasmania was due to devil predation on fox kits, which means that losing devils as a common part of the local fauna could have really really bad implications for all sort of small vertebrates in Tasmania -  a number of animals that have been extirpated by foxes on the mainland are still common here.

Seeing a devil in the wild has become a lot harder in Tassie, and it's something we really wanted to do before we left the state.  So we drove four and a half hours to the northwest of Hobart, into that part of Tassie that is still clearly Tassie.

During the drive our two most-often used adjectives were "bucolic": 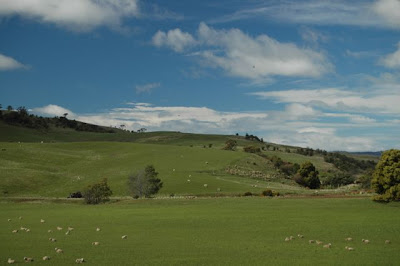 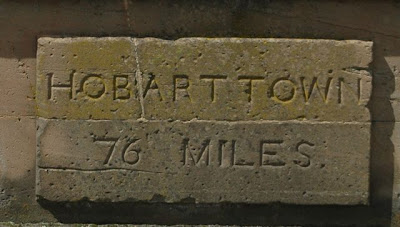 Our destination was the Mountain Valley wilderness lodge, in Loongana.  (I'm including the link because we completely loved the place, and think that you should visit.) 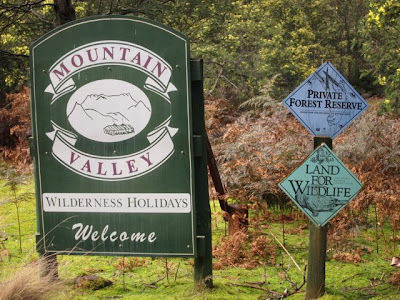 We first heard about this place from our friends Luke and Wendy, über-naturalists who made a grand tour of the avi- and herpe-fauna of the Australian continent a few years back.  While they were in Tassie, listening for barking owls and ground parrots, they made a detour to Mountain Valley to see devils - the folks who own the place put out road-killed marsupial carcasses to bring them in.

We shared the experience (and a cabin meant for six) with our friends from Aratika.  You know you really like people when you can share a small space with them (and their kids) without any stress. 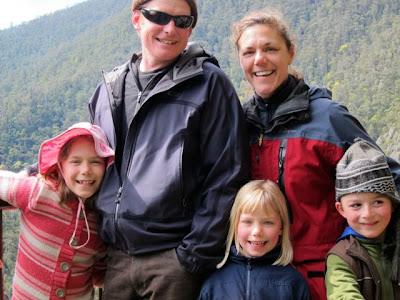 While we weren't waiting for devils we were looking for platypus and walking around with the very knowledgeable owner of the lodge, getting to know a little something of the botany and geology of the area.

The lodge is in a beautiful corner of Tasmania, and the wattle trees were in bloom. 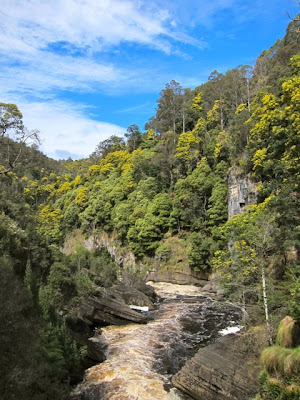 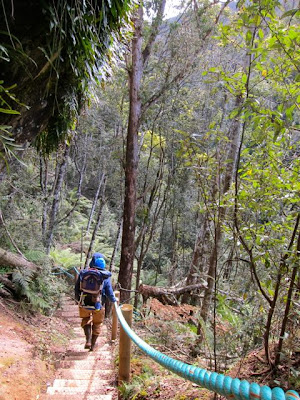 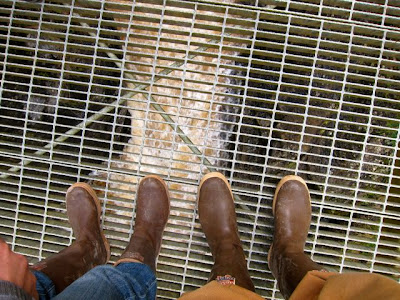 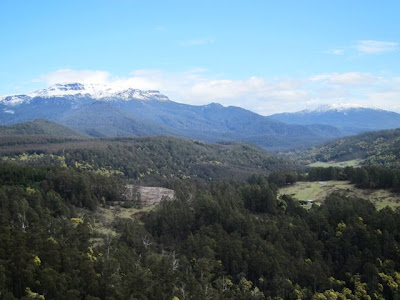 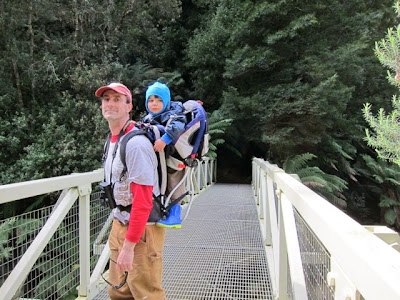 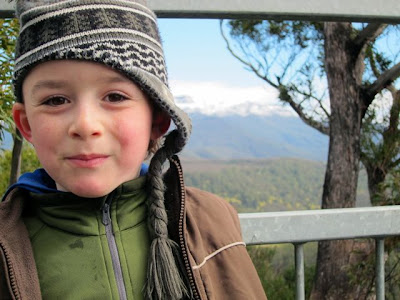 But, alas, no devils for us.  We were a bit cavalier about putting in the effort to see one on our first night, but on the second night we pulled out all the stops - one or another of us stayed up to 3 am, staring out the window at the scraps of wallaby in the front yard.  Our friend Robb got two super-brief glimpses of a very skittish devil, but by the time he had roused us sleepy-heads to take a look, the devil was gone. 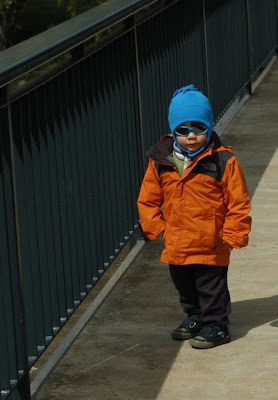 So I guess we'll have to try again.
Posted by Mike