We've been making tracks to get the boat in place for my upcoming trip to Canada for a marine biology conference.

With a rare deadline in hand and not wanting to get caught short, we watched a forecast low approaching for days.  It was meant to bring heavy rain - not the sort of weather for navigating by eyeball among the uncharted reefs that appear here and there in Fiji.  So we've kept the pace up, putting in longish days and denying the boys the pleasures of shore.

Finally we arrived in Vitongo Bay just before the three days of rain were meant to start.  It wasn't the most exciting anchorage (read: no beach for the kids), but it was secure.

Soon after we had the anchor down the clouds to the west of us became properly threatening. 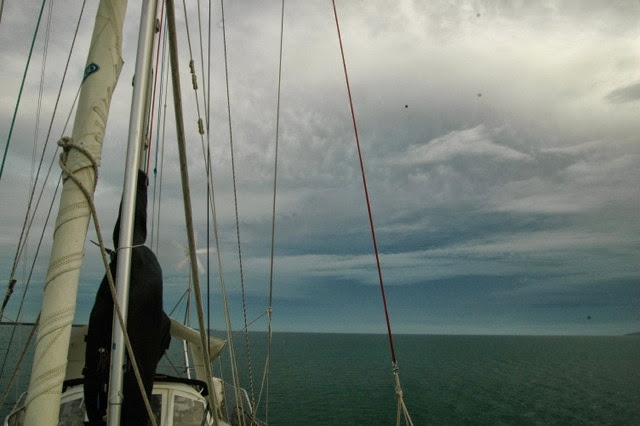 The rain didn't appear the next day.  Or the next.

I worked on some science.  The boys bounced around the boat.

Finally, at lunch on the second day, Elias asked if we couldn't just get a move on.  Which we promptly did.

We made it about ten miles down the track that day, and the action and movement raised everyone's spirits.

And the next day, as the forecasts were still calling for heavy rain and thunderstorms, and the low was stubbornly remaining to the north of us, we had a sail that looked this good: 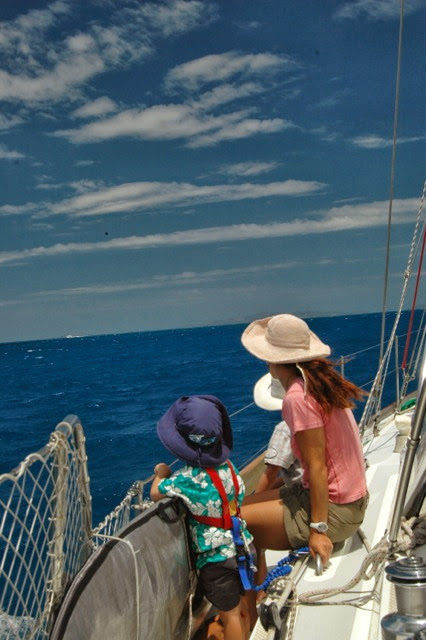 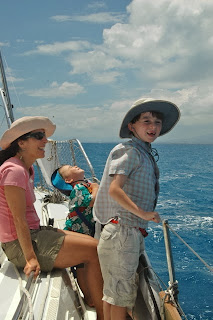 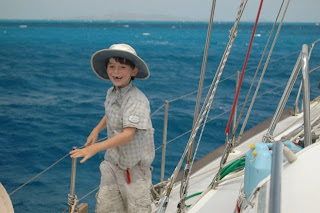