I've been meaning to write this post for a while.  This is an assignment that Elias did last school term, while we were in New Zealand.  It's just a timeline of his life as he remembers it at this point, but I was struck by what an effective summary it was for the way we've been living as a family for the last seven years.

If you like the blog enough to be reading regularly, you might forgive me this indulgent post.  Without meaning to, my kid showed me the big picture quite effectively. 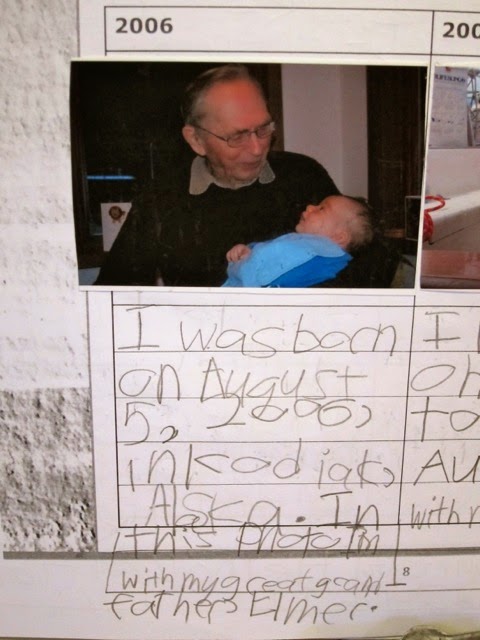 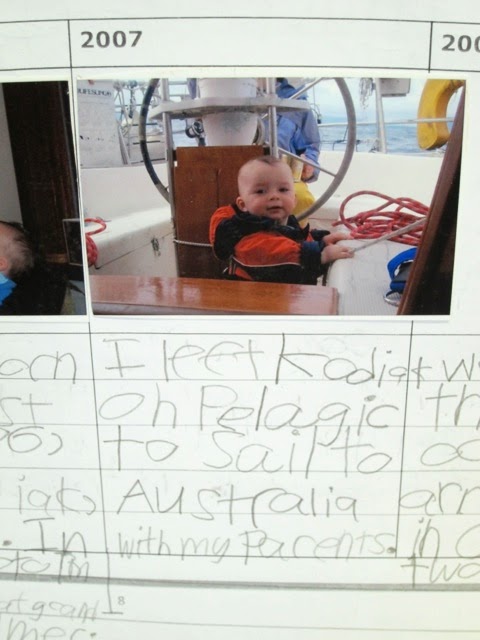 2007
I left Kodiak on Pelagic to sail to Australia with my parents. 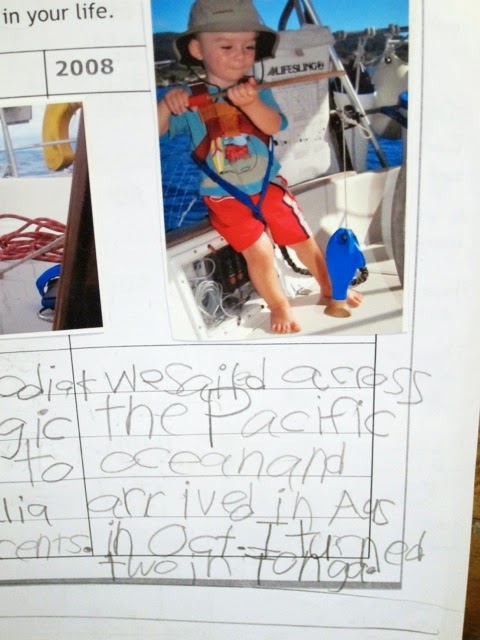 2008
We sailed across the Pacific Ocean and arrived in Aus. in Oct.  I turned two in Tonga. 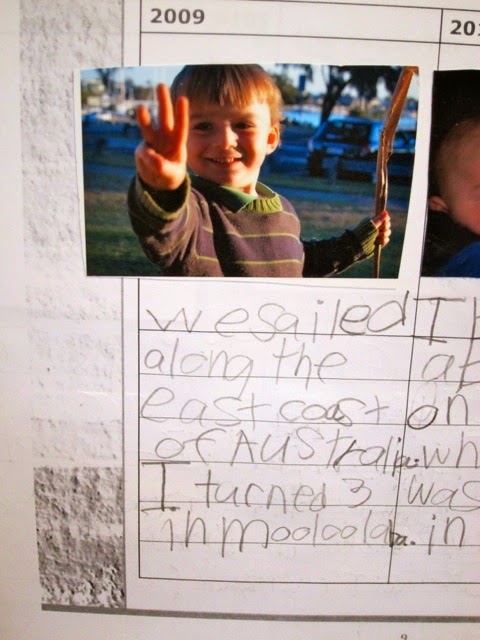 2009
We sailed along the east coast of Australia.  I turned 3 in Mooloolaba. 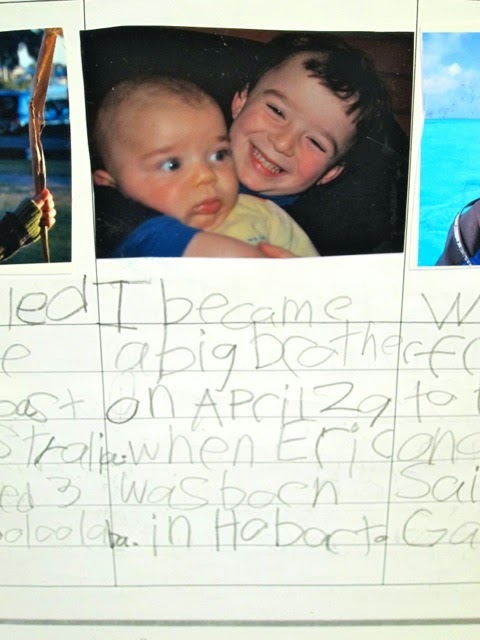 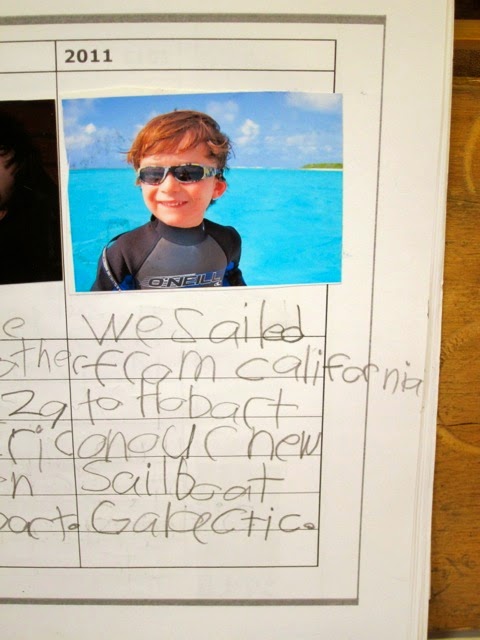 2011
We sailed from California to Hobart on our new sailboat Galactic. 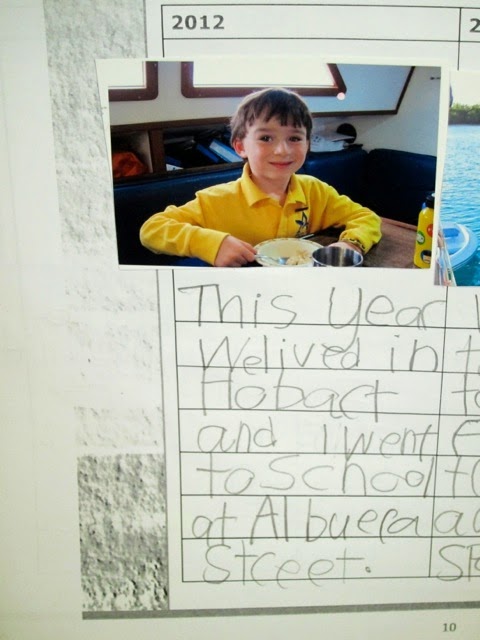 2012
This year we lived in Hobart and I went to school at Albuera Street. 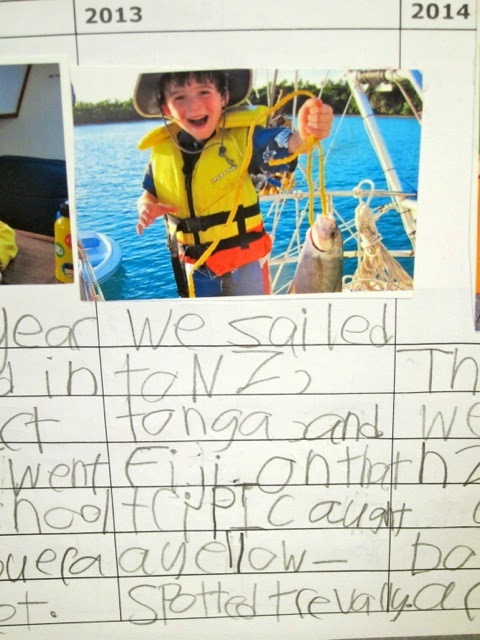 2013
We sailed to NZ, Tonga and Fiji on the trip.  On that trip I caught a yellow-spotted trevally. 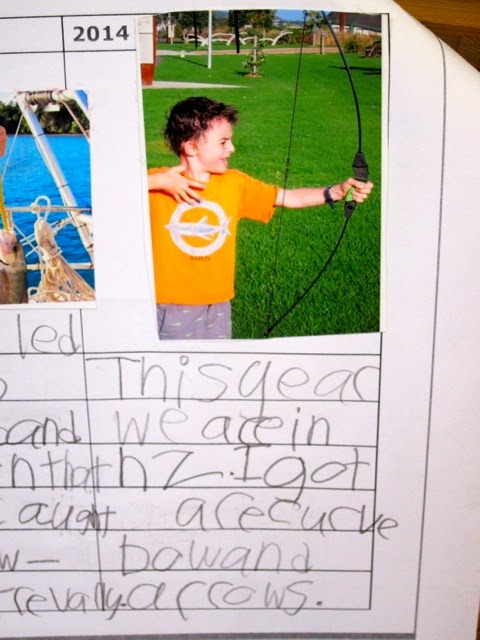 
So far so good.
Posted by Mike