A beach seine is about the simplest net there is to use. You set it from the dinghy, then pull it in to the beach by hand.


Back in the 90s, Alisa and I did a lot of beach seining as a part of a large study seeking to understand how climate variability limited the ability of seabird populations to recover from the Exxon Valdez oil spill.

We have great memories of those summers spent doing field work in coastal Alaska. Being outside all day every day, work that was both physically demanding and intellectually engaging, the camaraderie of fantastic people...who wouldn't remember that fondly?

It was great to be doing that kind of work again. The names of the fishes came back so easily. Kelp clingfish! Penpoint gunnel! We talked about the people we worked with, 20 years ago, and how some of them have found a lifetime's pursuit in the study of Alaskan fishes. And we remembered some of the people from prior generations whom we encountered in one way or another. It's a great tradition to be a part of, the tradition established by those rugged men and women who have pursued knowledge for knowledge's sake in the wilds of Alaska.

There's also a larger tradition that we were invoking - the tradition of understanding the world with repeatable measurement, careful observation, and falsifiable ideas. In this era where the wonderful intellectual inheritance of the Enlightenment is held in such low esteem, and the scientific enterprise is under such specific political attacks, it was great to be back in that tradition....doing the simple things of observing the world, and writing down what we saw.

More specifically, we were working to support a study that has been running for more than a decade, using beach seines to measure the abundance of juvenile Pacific cod, and to sample their body condition and energetics, in order to better understand the factors that regulate this population that supports an important fishery around Kodiak. 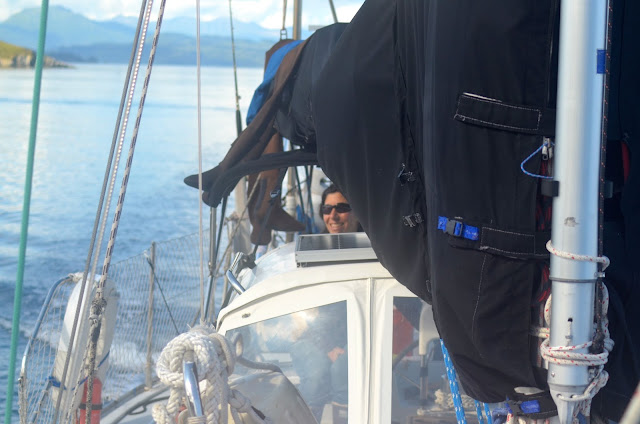 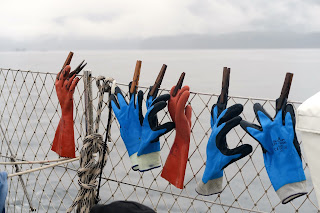 We've always thought that wrapping family life into field work would be a wonderful thing to do. And it was, mostly. Elias in particular is right there with being able to help out. He measured fish, he took notes, he pulled the net.

Eric is still a few years away from being real help, as is his right as a seven year old. Both boys did a great job with some very early mornings to catch the tides we were working, but during these four days of seining Alisa and I were also reminded of the limits of what we can ask the kids to do.

We'll keep those in mind as we cook up plans for more extensive field work in summers to come.

But for this first run, I was very satisfied to see how happy the family ended each day, and how glowing the boys' overall reviews were for the experience. 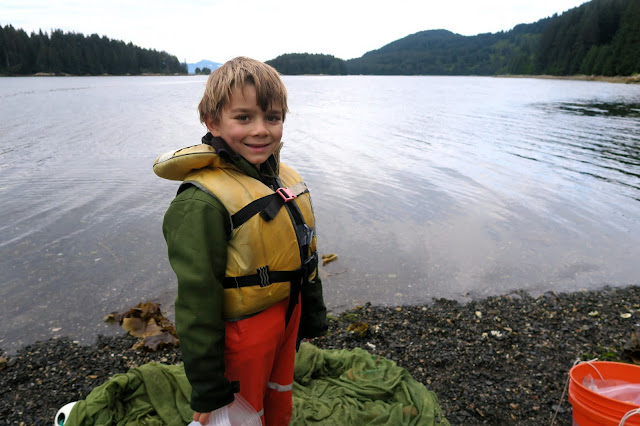