(More of) why we love Alaska

Here are a few pics of our now not-so-recent trip back to the Great Land to illustrate some of the reasons we love that place so much...

I'll begin with some shots taken 20 minutes outside of Anchorage, the biggest, most disgusting city in Alaska. We've stopped to picnic at a creek where people are dipnetting little fish called eulachon (pronounced "hooligan" by those who dipnet for them). Eulachon are off the charts in terms of oil content, and some people love 'em. Could you find such a cool scene 20 minutes outside of the biggest, most disgusting city in any of the other states? 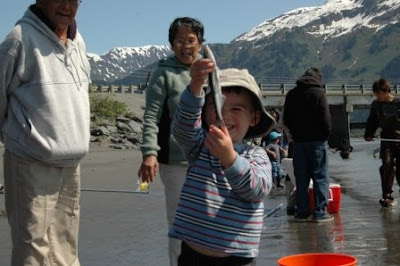 The eulachon were running heavy, and people were averaging ten or so fish per scoop. Elias charmed this nice old couple, who kindly gave us a gallon bag full. 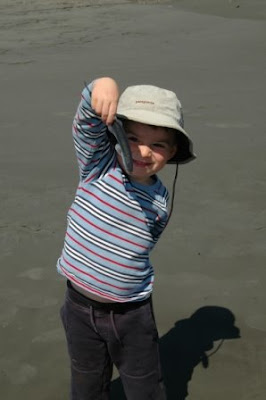 Eulachon! We fried them for dinner that night. Here's our picnic spot. We're at the head of Turnagain Arm, first explored for the Western world by James Cook, who is also known for some exploration he did in the Southern Hemisphere. In Alaska, this is what we consider over-crowded country, too close to the road to be any good any more. 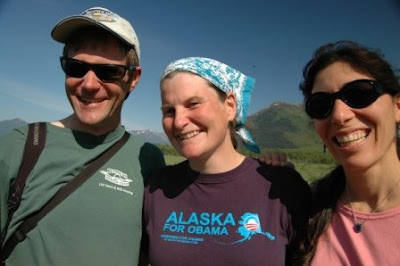 We were picnicking with our good friend Ann, and her new husband Dustin, whom we had never met before. Turns out he's a stellar guy. 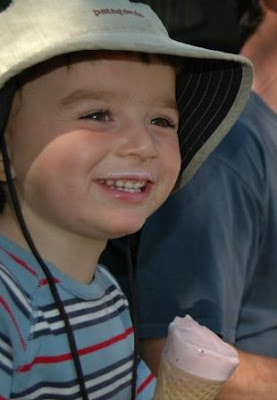 We spent a few days with Ann and Dustin and other friends (Paul and Kim and Shiway) in Hope, Alaska, a little town Alisa and I had never been to before. It was much warmer here than it had been in Kodiak at the start of our trip (no surprise), warm enough to enjoy ice cream. This may be Elias' first-ever ice cream cone, though opinions on that point differ. 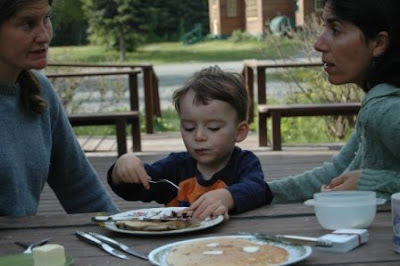 Ann and Alisa dishing - talking some serious talk - over breakfast and over Elias. The little house that we rented in Hope was great, and we took a couple of great hikes along Turnagain Arm. But, as always, the real magic of Alaska was in the people, more than the place.