There are a few towns that you look forward to revisiting - places where you know you'll find like-minded people, places that fill you with a bit of elation when you return to align the actual sights with the memories of your last visit that you've been keeping alive. There's a great line from On the Road that I always think of when I'm coming back to one of those towns - when Dean Moriarty is about to arrive in Denver, Kerouac writes that

"preparations had to be made to widen the gutters and foreshorten certain laws to fit his suffering bulk and bursting ecstasies".

I repeated that quote to Alisa as we were lining up the entrance to the Clarence River, finally arriving in Iluka after two weeks of hard yakka and mostly upwind sailing from Mackay.

Hmm, she said. Widen the gutters and foreshorten certain laws? Is it going to be all that?

It sure will, I said. And in this case you're the suffering bulk, and I'm the bursting ecstasies.

We headed south from Mooloolaba on the last leg of the trip with a sense of optimism that translated the forecast of SE-NE winds into a better-than-even chance of not having southeasterlies. Well, we found southeasterlies, so we spent the afternoon and evening beating into the weather, yet again. But the night fell calm, and a light northerly arose in the morning, and by noon we were running gloriously before a northerly wind, sailing wing and wing just like we did on tradewind passages, making 8 knots with the current behind us and revelling in the dry decks and level boat. Here's Elias at dawn on that last day: 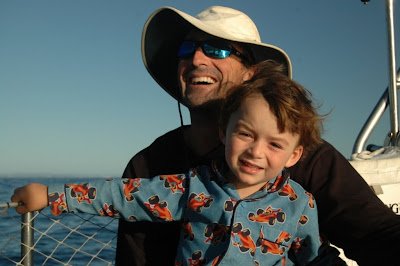 And here's how salty Pelagic became during all that spray-flying, deck-soaking windward sailing. Wipe your hand over any surface above decks, and you come away with a handful of salt crystals: 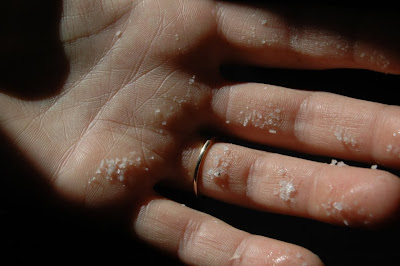 But now we're here, and all that uncomfortable travelling on a deadline is behind us. There was even an early groundswell behind the idea of just staying here to have the new crew, in a town where we know some wonderful people, instead of heading off to Tasmania where we know no one. But that idea didn't last long - when we settle down again, we're going to do it in Alaska. For now we're in travelling mode, so we're going to keep moving and see a few more places before we leave Oz.
~~~
Here are a few pics I took on my first walk around Iluka. What else could a couple of Alaskans far from home want? 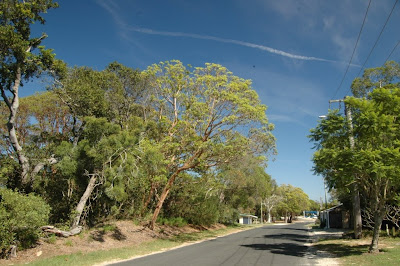 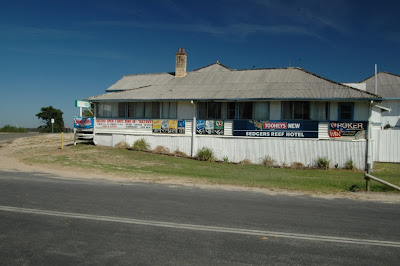 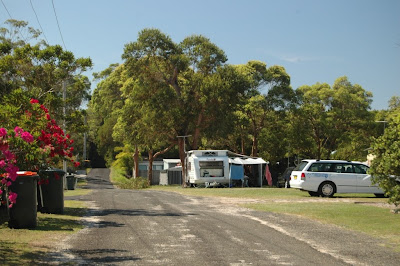 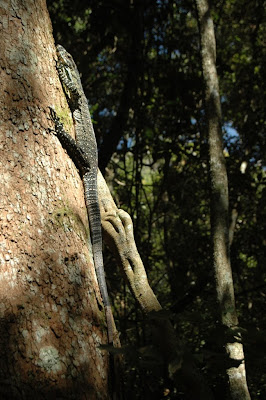 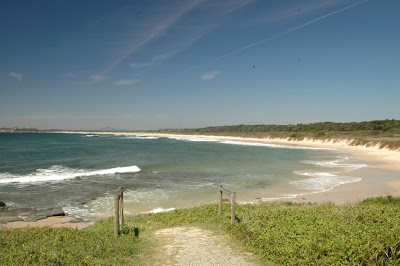