When you've been traveling for long enough, the oddities of the home country really start to stick out on your visits back.
Oddities like these signs in Anchorage. 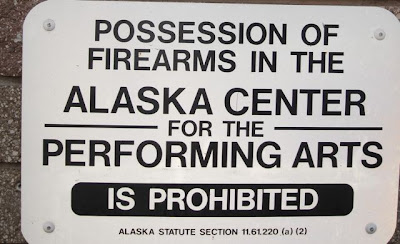 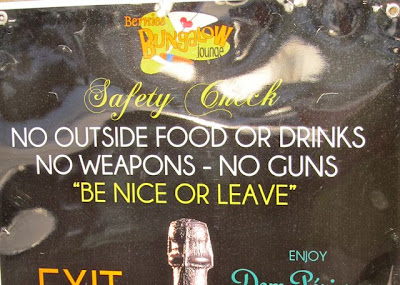 There are all sorts of backstories about the popularity of carrying hidden guns.  Like the enduring racial paranoia behind gun politics in America.  Or the remarkable number of Christians who pack heat on a daily basis.

But people who chuck it all to go live on a sailboat get a pass on thinking about that sort of stuff.  So when I saw these signs sprinkled around 21st century Anchorage, I mostly just thought of the home country's continuing capacity to grow into a strange place.
Posted by MikeAlisaEliasEric