We're just hunkering down and waiting for the summer, and on medical advice, too.  The last pediatrician to see Elias when he was in the hospital answered, "summer" when I asked him what was going to finally get rid of Elias' never-ending viral infection.
I appreciated the honesty.
Alisa has also been pretty sick.  And so has Eric.  Here's the whole team the day after Elias came home, just watching The Lion King in the back cabin and letting the day pass them by. 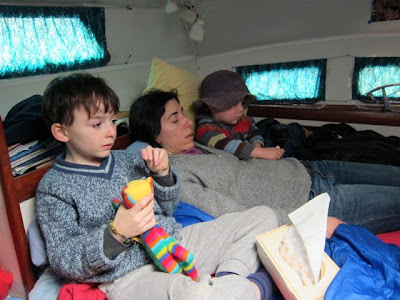 Meanwhile, though, other things have been going on in the Galactic universe.

Most notably, my mom came to visit.  Being away from the fam rates as my least favorite part of long-term travel, and it's always great to get an emissary from the Tottering Empire that we left behind. 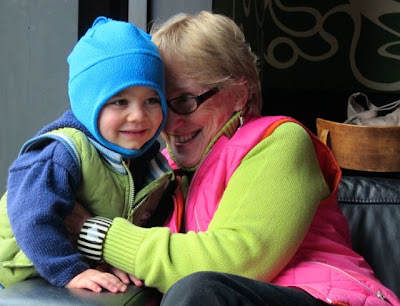 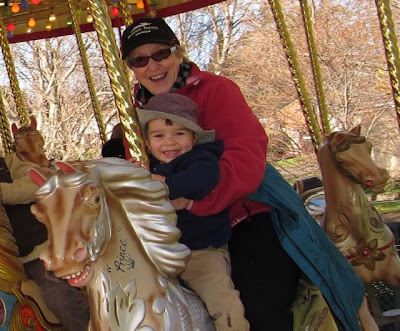 I think she had a great time.  Even counting the two days she was.... you guessed it, sick in bed. 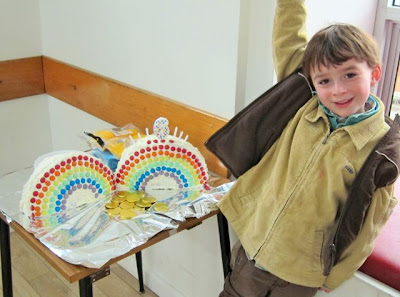 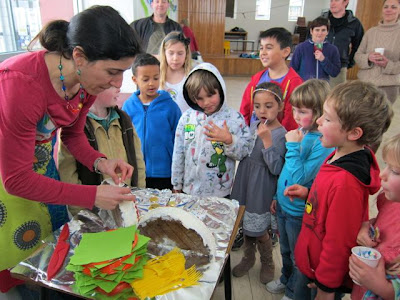 We rented out the Blackmans Bay community centre and made a party of it.

Not to be outdone, I celebrated my 44th birthday a few days later.  Here's Eric, putting the moves on one of my gifts - a sun hat, ordered specially from the North Island, against the day when we will eventually return to the tropics. 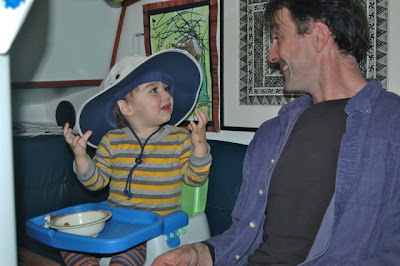 Oh, what a bright, shining day that will be.  For the record, we are not the kind of Alaskans who say the tropics are too "hot" for them.  Not us. 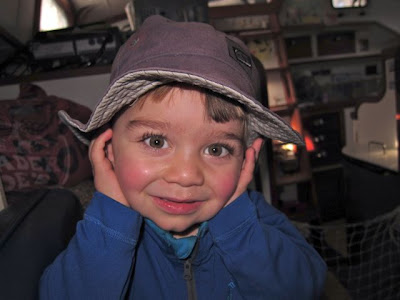 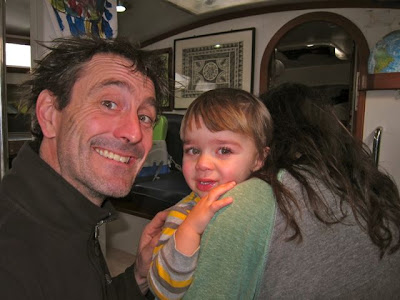 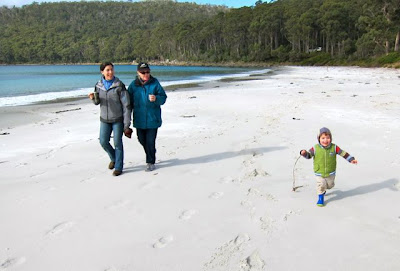 The end.
Posted by Mike