Oi! Oi! Oi!
***
That's the cheer that you hear whenever the Australian team is competing. Whatever else you can say for it, it's definitely an improvement over the traditional cheer of University School, the private boys' high school I attended, team mascot (and I am absolutely not making this up): The Fighting Preppers. Our school cheer ran, "That's allright, that's ok, you're going to work for us some day." To understand its full charm, imagine that little gem of Prepper spirit being chanted by a bunch of spotty 16 year olds who already drive sporty little cars and who cannot wait to turn 18 so that they can join the Young Republicans.
Anyway, cheers come up because Australia Day, which was one week ago today, caps a sports-mad weekend down here in Oz. Australia Day is the big summer holiday, sort of like our Independence Day, except that the Australians haven't actually taken care of that pesky detail of declaring their independence from the British crown. "Independence Day", if you need a translation, is what non-U.S. English speakers mistakenly call the Fourth of July.
The Australia Open is going over Australia Day weekend. "The tennis" is passionately followed by Australians of all walks of life, particularly those Australians of Serb and Croat descent, who traditionally hold brawls in Melbourne to celebrate the result of any match between a Serbian and Croatian tennis player.
Cricket is also a big part of Australia Day, though this Australia Day was just another chance for the South African team to beat the living shit out of the Australian team one more time...if you can use the phrase "beat the living shit" to describe the outcome of something as non-confrontational as a cricket match.
Anyway, we spent the Australia Day weekend touring around and visiting family. We got as far north as Bundaberg, where Alisa saw leatherback turtles hatching out of the sand and scampering down to the beach at Mon Repos turtle sanctuary. Elias narrowly missed the same moving sight, haven fallen asleep in the baby backpack on Alisa's back 15 minutes earlier. I was back in the motel room, working on a proposal.

So, here are some pics of some of the good fun that visiting the family entails. We'll concentrate once again, and only because they provide such good visuals, on the harness racing branch of the family. 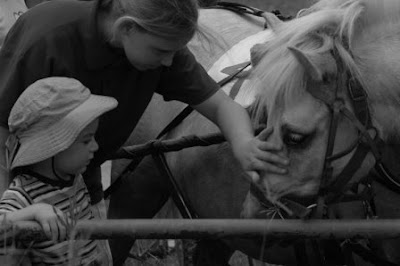 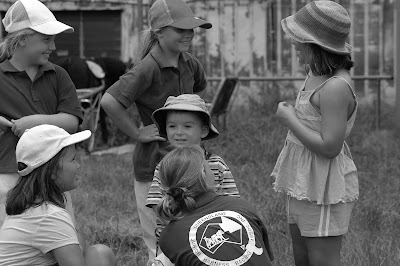 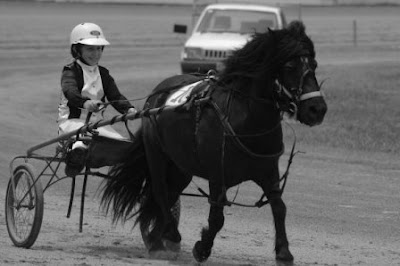 The junior trots are incredibly smile-provoking to casual spectators. Check out Jade driving - how could you not smile? 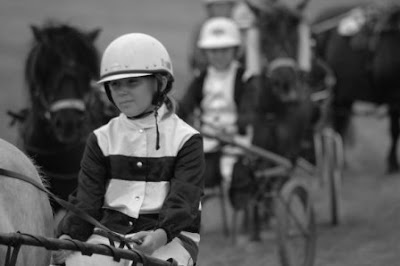 The kids, though, take it deadly serious and their game faces show that. No smiles. Here's Jade returning to a bushel of cheering cousins after a race. There's a smile in there, but it's not getting out. 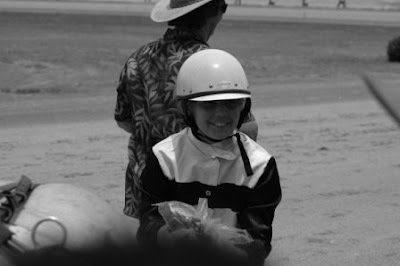 When Danielle finishes in the money and drives up in front of the grandstand for her prize, a smile finally breaks free... 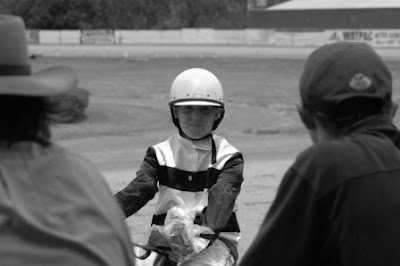 ...but it goes back into the smile closet when she recieves congratulations from her uncle and grandad. 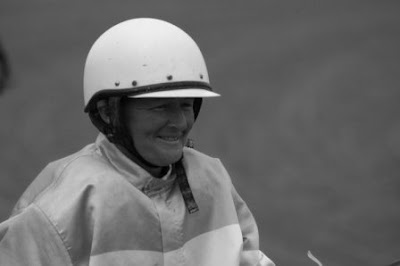 The adults are a little more relaxed about it. Here's Lola Weidemann before a race, clearly smiling. 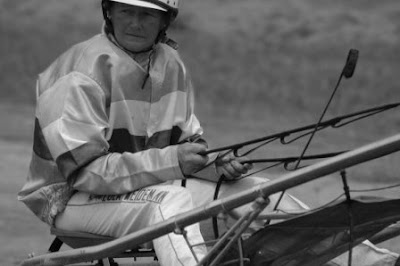 I'm told that Lola is a good driver - all I know is that her face is very photogenic. 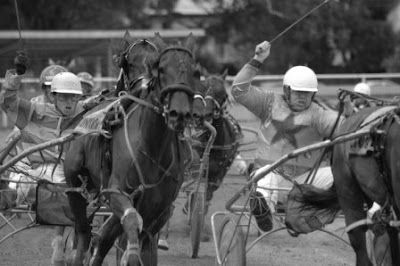 The races end with fierce intensity. Nobody smiles. 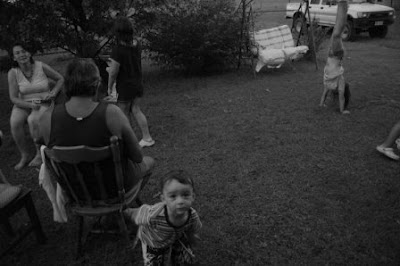 Afterwards we went to Darryll and Lynn's for a barbecue. 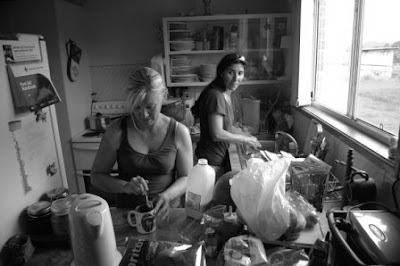 Alisa and my cousin Debbie. 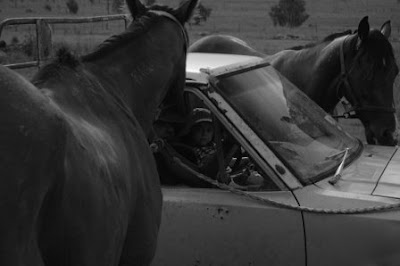 Elias got to ride in the ute while Uncle Darryll worked the horses. 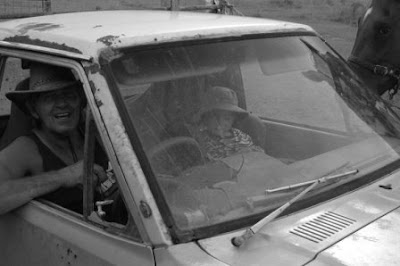 The only time Darryll will tolerate a camera is when he is around the horses. 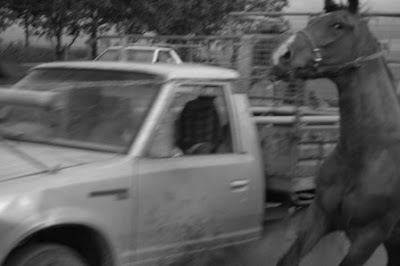 The horses, on the other hand, can be downright terrified of a camera. 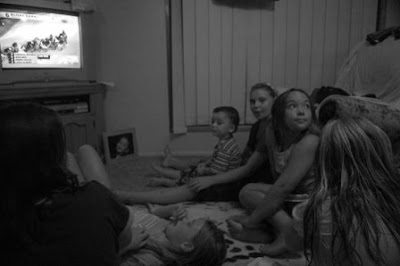 The kids finished the day watching...harness racing on TV.