(I somehow failed to post this when I wrote it, on Christmas Day.  Here it is now...)

Elias started catching the flatheads on our first morning at anchor.  After weeks of catch-and-release fishing in the polluted waters of the marina, he was finally catching fish in a place where they could be eaten.

Later, out of his hearing, we tried to remember if "tea" meant lunch or dinner.

Five and a half years into this trip, the cross-cultural misunderstandings continue.  But now they occur within the family. 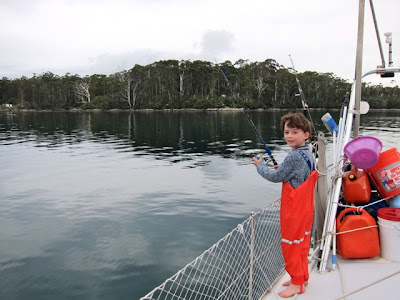 We motored (and sailed) all the way from Hobart to Recherche Bay on our first day out.  The weather forecast that night made it clear that we would have to either go around to Port Davey the next day, or wait until Boxing Day.  I was completely knackered after all the usual drama of getting away from town.  So we decided to wait until Boxing Day. 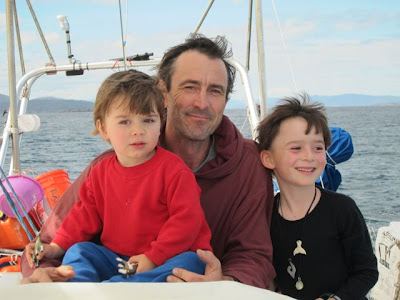 So we had our fifth (!) Australian "Chrissie" here in Recherche Bay.

We plucked a Christmas Branch from the National Park and decorated it. 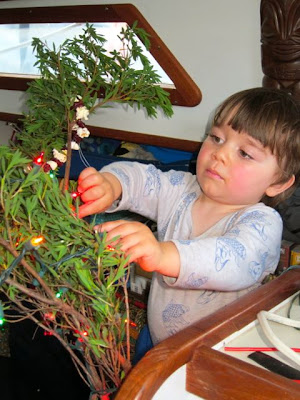 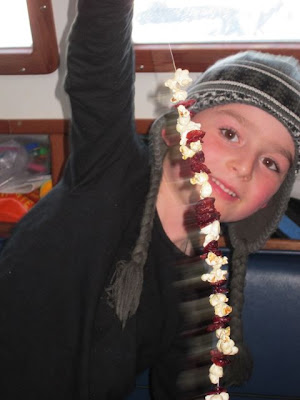 We went for walks on the beach. 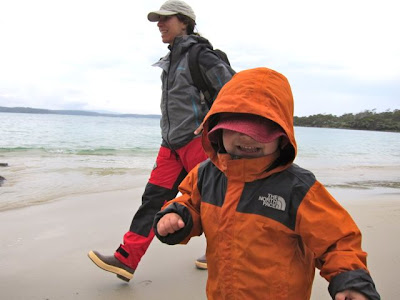 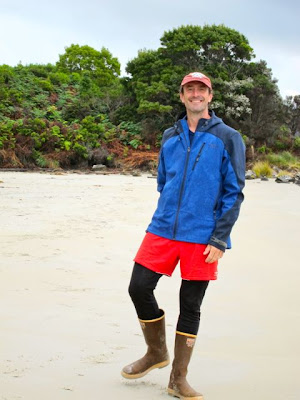 And we spent time with a convivial group of friends old and new, plus a couple of random drunks.  Turns out there's a bit of a mob going to Port Davey this year. 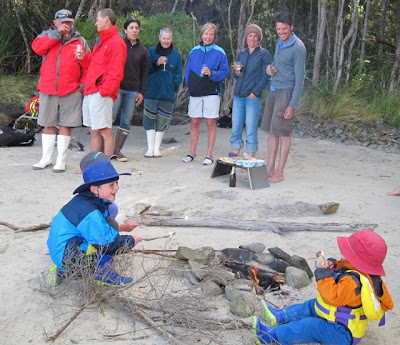 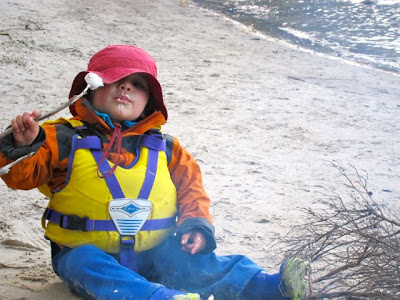 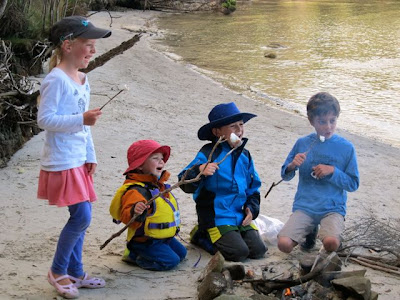 The kids, laughing at the carryings-on of a random drunk on the beach.
Sigh, the things we expose them to. 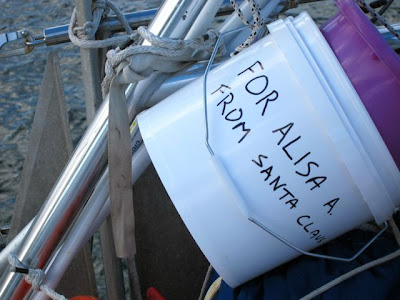 You know you're a yachtie if Santa brings you a new deck bucket. 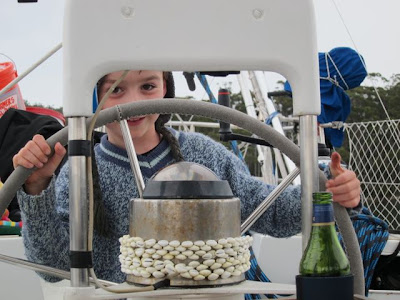 The end, for now - more soon from Port Davey.
Posted by Mike