It's Friday night in Hobart.  Some friends are planning on sailing off to New Zealand on Monday, which we took as an excuse to have a bit of a party on Galactic.
There was the usual social dinner scene in the cockpit.  But, there was also a parallel party taking place on the dock - the party of... 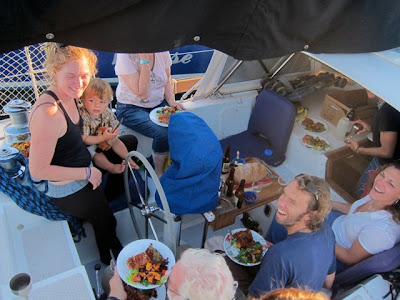 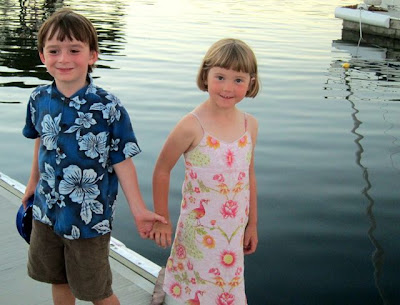 The kids in this case were Elias and five girls.  They asked if they could fish from the dock, and we said 'yes'. 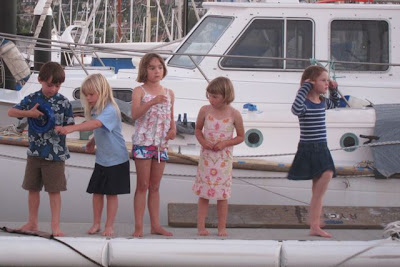 So they caught a fish. 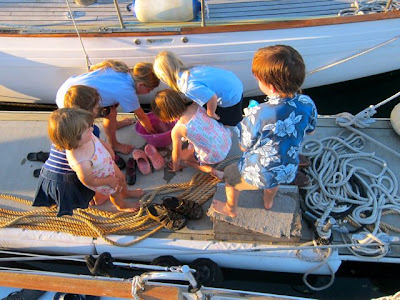 They definitely had more fun than we did.  Which is as it should be. 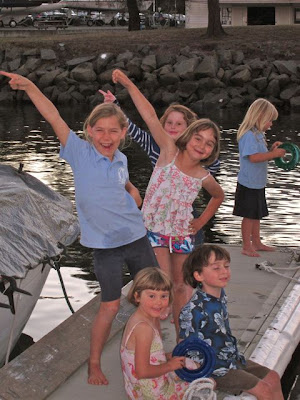 Coming up....  We've been thinking about all the people who will be leaving Mexico and Panama in a couple months to sail across the Pacific, and what sort of information we might pass along to contribute towards a happy crossing.  We've decided that a successful Pacific crossing really depends on the answers to two questions: which islands are you going to visit, and what books will you bring.

Everything else is a distraction.

We'll be weighing in on both questions in the next week.
Posted by Mike