Alisa gave a great overview of the Bass Strait crossing in her last post.  What she didn't go into in depth was Eric getting seasick the first day out.  It's become a part of our routine that he usually gets sick for the first day or two that we're out.
Here's the poor little guy in flagrante in the cockpit in Bass Strait.  Hard to see in this picture, but he's standing in a puddle of just-vomited mother's milk. 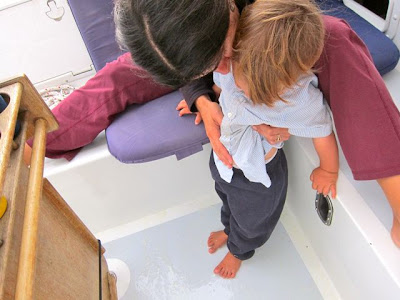 That was probably the easiest cleanup we've ever had after one of his bouts of seasickness!  Here he is after the fact, with his toddler-sized wristbands hopefully making him feel better, though he isn't looking too sunny just yet. 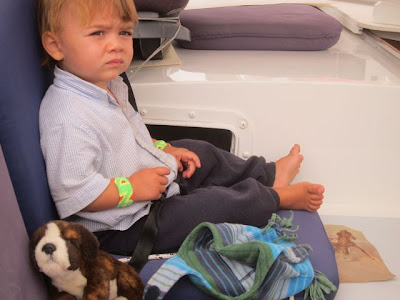 At this point our sailing plans are pretty open-ended.  We've decided to keep going as long as we can pay for it, as long as we're enjoying it, and as long as it's the right thing for the kids.  But when things are open-ended in that way, with no set finish ahead of us, there's this certain tension that works into how we look at the sailing life - pretty regularly over the last year, Alisa and I have found ourselves wondering out loud if living on board this traveling boat is what we want to be doing with life at this point.

Every time we've asked ourselves that question, the answer has been some version of "well, what would be better than this?"

But we also realize how lucky we have been to get these four and a half years of sailing, and that the decision to call it quits might be forced upon us one way or another.

Like, for instance, by a child who gets seasick every time we go sailing!

Not that we're anywhere near that point just yet... 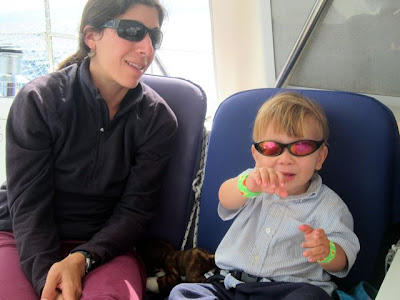