What We Don't Like (And A Couple More Things We Do)

Alright, so what don't we like about this boat of ours? 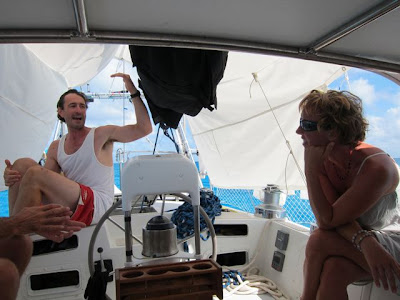 The cockpit is too small - four adults can't eat at the cockpit table comfortably, which is a shame on a 45' boat.  Seating six adults comfortably at the table would be even better. 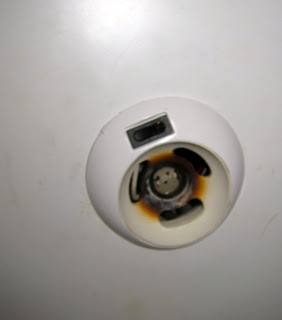 I don't know anything about the people who did the final fit-out, but I suspect they didn't know much about the sea.  The sink drains gave me the screaming horrors - cheap plastic piping that you would use in a spec house, with a bunch of very weak joints that were below the waterline, and therefore were trusted to keep out the big blue sea.  I replaced all those.  There was one portlight that was too small for its hole in the hull, with the resulting gaps just filled with globs of silicone.  Replaced that, too.  And there are these terrible cabin lights that I think were made for RVs, and have the bad habit of melting out.  Those are on the list to be replaced this winter. 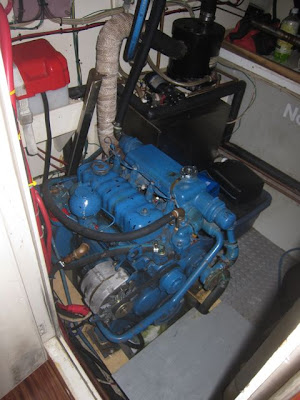 The engine's too small.  We knew that when we bought her.  But we like to sail, and we aren't too bothered by it so far. 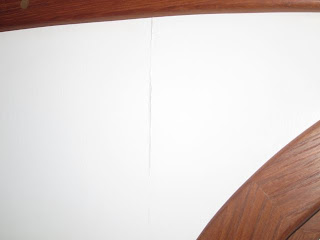 The structural bulkhead between the saloon and forward cabin is showing some cracks.  Gonna have to strengthen it this winter.

But really, that's not too bad a list of complaints!

And here are a couple other things we like... 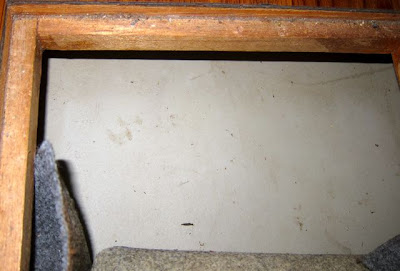 The hull and deck are cor-ten steel, which is corrosion-resistant and also very expensive.  The gray area in the photo above is a section of bilge.  Not all of it looks this good, but a lot of it does.  The guys who fabricated this boat obviously had professional skills, and cared about what they were doing. 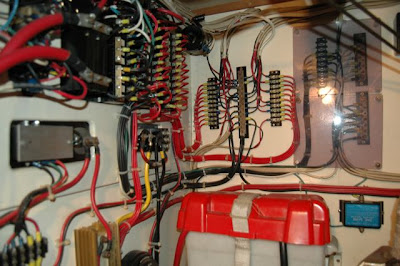 And (forgive all the boat details!) there's the access to the wiring.  Look how neat it all is...

So that's the boat in a nutshell.  At this point (touch wood), I don't think there are many surprises waiting for us.  Hopefully she'll continue to serve us as well as she did on the Pacific crossing.
Posted by Mike