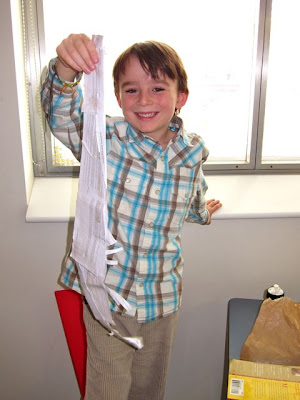 Here's Elias, triumphant, as he's about to leave the hospital yesterday.  He's holding a project that he was working on during his time on the inside - that's a Tassie tiger, in case you're wondering.

We brought him home, and the family chaos level immediately skyrocketed on board Galactic.  Our two boys are pretty good at stirring each other up. 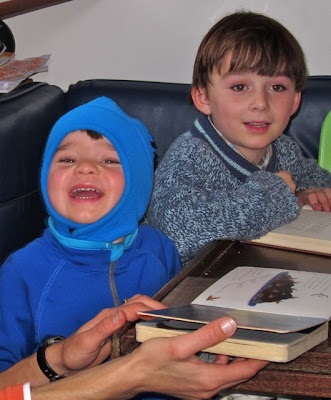 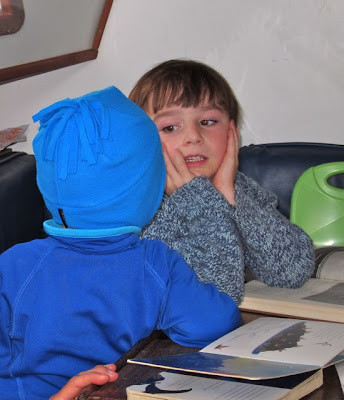 It's been quite a run for the family - Elias in hospital for a week, and the book launch, and then, a few hours after Elias got home, I went to the airport and started my trip to Korea for a marine biology conference.  I only go to one or two science meetings a year, and it just happened that this one is happening at a really inconvenient time.

Poor Alisa gets to keep it all running as the outnumbered adult until I return!
Posted by Mike